Quirkies | In the Spotlight

It might surprise you to know that once there were “apartments on the top floors of New York City’s branch libraries.” And more than that, a few still exist.

But it makes sense when you realize that, as Sarah Laskow notes in this post in Atlas Obscura, many of these branches were Carnegie libraries built a century ago and needed someone to take care of them full time. Where better for the custodians and their families to live?

Today they are empty and falling apart but Ms. Laskow tells the full story from their glory days to today. Check it out. 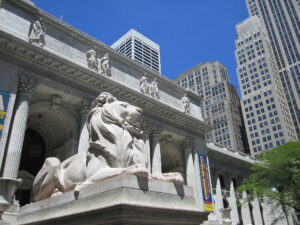 By Another Believer (Own work) [CC BY-SA 4.0] via Wikimedia Commons