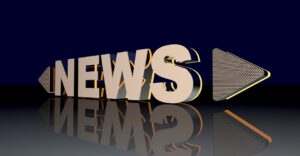 According to infoDOCKET “The Association of American Publishers today announced that participating publisher revenue reached nearly $6 billion for the first six months of 2019, an increase of 6.9% over the first six months of last year. The reported revenue, which was featured in a StatShot report, reflects all tracked categories, which include Trade (consumer publications), PreK-12 Instructional Materials, Higher Education Course Materials, Professional Publishing and University Presses…”

infoDOCKET also reports that SPARC Europe has released “an updated review of Open Data and Open Science policies in Europe as of July 2019. It does not include Open Access to publications policy. This analysis goes more into depth on the types of policy in place in Europe, their processes of creation, and some of their specifics. This updated version of the deeper analysis reflects changes that have been identified between November 2018 and July 2019…”

In addition, infoDOCKET notes “just in time for the start of the fall semester, and amidst a major renovation, Hayden Library (Arizona State University) has opened the Concourse level, the first newly designed space of the Hayden2020 reinvention project.

The Concourse connects the lower levels of ASU’s largest library to its four-story, above-ground tower, set to open its doors this January…”

According to this press release “Three organizations working to expand literacy and promote reading in the United States and worldwide will be awarded the 2019 Library of Congress Literacy Awards at the National Book Festival gala, Librarian of Congress Carla Hayden announced today.

Hayden and philanthropist David M. Rubenstein will award the top prizes to: ProLiteracy Worldwide of Syracuse, New York; American Action Fund for Blind Children and Adults of Baltimore; and ConTextos of Chicago…”

KnowledgeSpeak reports that ” the European Commission has opened a call for expression of interest to participate in the stakeholder dialogue on the application of Article 17 of the Directive on Copyright in the Digital Single Market on the use of protected content by online content-sharing service providers. The stakeholders will discuss best practices on how content-sharing platforms and service providers should cooperate with rights holders.

KnowledgeSpeak also notes that “ Publish Interactive, a research publishing tech provider, has released a new whitepaper, according to which, publishers of high-value B2B market analysis must ensure they understand how their customers use content to remain competitive. Trends in High-Value Research Publishing 2019 points out that publishers of chargeable research face a string of significant challenges including reduced customer budgets, new and alternative content types and competition from lower cost producers…”

In addition, KnowledgeSpeak reports that  “OCLC Research is beginning an effort to better understand the operations, goals, and pain points of university stakeholders in research support services to inform communications and partnership. During the next several months it will collect and synthesise information about the experiences of campus units that play a role in institutional research support…” 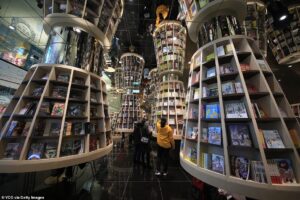