Survey says scientists mistrust a large amount of published research is a recent post in the New Scientist that should raise a few red flags in the scholarly community. 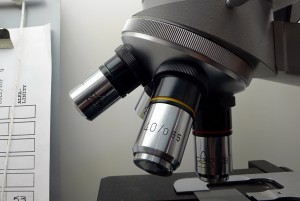 Authored by the staff of the New Scientist, the article provides a brief report as well as some useful links that highlight the results of “a survey that asked researchers to rate the trustworthiness of the studies and other “research outputs” they had come across in the past week has found that 37 per cent considered half or fewer of these to be trustworthy.

Out of those surveyed, 25 per cent said exaggerated findings, a lack of detail, and poor conclusions make research outputs untrustworthy. “There’s always someone trying to pull the wool over your eyes. Within your own field this can be easier to detect, but it’s less easy to determine when scouting subjects that you are less familiar with,” a materials scientist in the UK told the survey.

Other factors cited as diminishing the trustworthiness of research included a lack of rigorous peer review, methodological issues such as study design flaws and a lack of reproducibility or generalisability, and bias stemming from the peer review process, sources of funding, and the pressure to publish…”

In order to continuing reading and learn more, feel fee to click here.