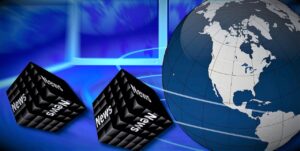 infoDOCKET reports that “UC’s direct access to 2019 Elsevier articles (and older articles in some journals) is now being discontinued… In short, Elsevier, … — has cut UC off. “We are sorry for the inconvenience and we hope to continue to work with the University of California to find a solution,” the Dutch publishing company announced in a statement Wednesday, after telling UC Tuesday evening what it planned to do at midnight…”

ACRL Insider reports that “the July 2019 issue of College & Research Libraries is now freely available online. Visit the C&RL website for complete contents from 1939 to the present and follow C&RL on Facebook and Twitter for updates and discussion…”

ACRL Insider notes that “ACRL is allocating $30,000 in the 2020 fiscal year to offer grants of up to $5,000 each for new research in areas suggested by ACRL’s new research agenda Open and Equitable Scholarly Communications: Creating a More Inclusive Future (freely available for PDF download or purchase in print). This program is one of several developed by ACRL’s Research and Scholarly Environment Committee (ReSEC) to support our strategic goal that the academic and research library workforce accelerates the transition to more open and equitable systems of scholarship…”

Also according to infoDOCKET “The British Library is delighted to announce the acquisition of the archive of Granta magazine in their 40th anniversary year. Cambridge University students  originally founded the Granta magazine in 1889 before it was later re-launched in 1979 by editor Bill Buford, who transformed it into one of the world’s most important literary periodicals…’

In addition, infoDOCKET reports that “The UC San Diego Library is embarking on a new effort with the Texas Digital Library (TDL) to co-create a blueprint for the first nationally Distributed Digital Preservation (DDP) service for private and sensitive data. This initiative was recently awarded a one-year, $87,384 grant by the Institute of Museum and Library Services (IMLS)…”

KnowledgeSpeak also reports that “Jisc has announced the appointment of Liam Earney as executive director for digital resources. Liam will lead on a portfolio of services containing licensing, library, content, discovery and open access as well as Jisc’s provision of the UK Data Service, effective August 1…” 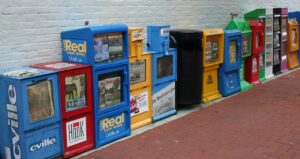