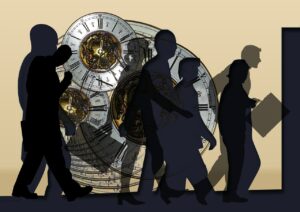 KnowledgeSpeak also reports that “Future Science Group (FSG), a scientific publisher focused on breakthrough medical, biotechnological and scientific research, has announced the launch of 3DMedLIVE, a 2-day conference hosted by FSG’s eCommunity 3DMedNet and the Journal of 3D Printing in Medicine to take place in London on October 2-3, 2019. Following the launch of 3DMedNet in 2016 and in response to the need to take the use of 3D printing in surgical practice to the next level, 3DMedLIVE will convene all members of the community who, together, can elevate surgical 3D printing to make it an everyday reality across healthcare…”

The following three offerings are open for registration:

You do not need to attend LMSI I before LMSI II.

Additional dates and locations are planned for September and October. Attendance at each location is limited and the registration process will open eight weeks in advance of the event.

This ACRLog by Zoë McLaughlin reports on the Big Ten Academic Alliance Library Conference. “Every year, the Big Ten Academic Alliance (BTAA) chooses a topic of interest to libraries, finds experts and organizes speakers, and holds a conference on that topic. This year, the conference was about accessibility, and since one of my secondary job responsibilities is accessibility, …

There was a keynote each day, from Jay Dolmage and Amelia Gibson. Both were fantastic. Dolmage began by discussing the design of buildings, including libraries, with several examples of buildings designed around stairs. Though there may be a ramp or elevator available, it is not the focal point of the building. Of course, then, we must ask, “Why?” Why is universal design not prioritized? Why is universal design not the norm? Taking the buildings as an example, Dolmage then moved on to discussing universal design in other contexts, especially with regard to teaching and learning. Dolmage stressed the importance of “positive redundancy,” ensuring that there are multiple modes of engagement, such as having information for a lecture in slides, in a handout, and in an electronic form.

Amelia Gibson touched on similar themes as Dolmage, such as the existence of internalized ableism that must be identified and worked against. Gibson advocated for moving beyond ADA requirements and instead focusing on meeting individual needs, beginning with the premise that anyone who is at a school is there because they can succeed and that it is our job to help them succeed. Gibson also discussed the fact that identities, including disability identities, are intersectional. This means that challenges can be even greater for people of color who also have disabilities. Gibson asked us to consider the various reasons that people might not seek information or help from a library, citing cases where potential library patrons have faced ridicule for their child’s behavior because their child was on the autism spectrum, or cases where black patrons have been thrown out of libraries. For some people, concern about being in library spaces is real and justified…”