ATG Article of the Week: Why You Should Start Binge-Reading Right Now

ATG Article of the Week: Why You Should Start Binge-Reading Right Now

In this New York Times post, novelist Ben Dolnick has the audacity to advise everyone to “ditch Netflix” and picking up a book! 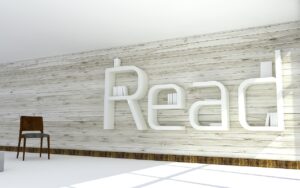 But he is saying more than that. Mr. Dolnick also has some fascinating observations and advice on how we should be doing the actual reading. But rather than telling you what he says in the article, it would be best to let you started reading it for yourself…

“One night a couple of summers ago, the power went out and, unable to watch Netflix or engage in my customary internet fugue, I lit a candle and picked up a thriller by Ruth Rendell. For the first time in as long as I could remember, my sole source of entertainment for an evening was going to be a book.

And yes, yes, just as you’d expect, it was wonderful, it was cozy, the internet is terrible. But what struck me more than the night’s general delightfulness, was how much my experience of reading the book was influenced by the speed with which I was suddenly moving through it. To that point, I’d been reading the book the way I usually read books, which is to say in five- or 10-minute snatches before bed. And I’d been more or less enjoying it — watching Rendell’s criminal protagonist get out of prison, following along as he searched for his victim — but I’d been enjoying it the way a person enjoys hors d’oeuvres at a cocktail party. Those cheese puffs are delicious; I just wish I could sit down with a plate of them. Now, by reading for an hour or two straight, I’d found my way into the caterer’s tent. I could savor the particular tart flavor of the author’s voice. I could admire the elegance of the trap she was setting for her doomed criminal.

Before my storm-induced Rendell marathon, I’d been reading the wrong way. John Gardner, the literary critic, wrote that the job of the novelist is to create a “vivid and continuous dream” for the reader, but I’d somehow developed a case of readerly sleep apnea. I’d gotten into the habit of consuming novels so fitfully that I was all but sealed off from their pleasures. It was as if I’d been watching movies in a special buffering-only mode, or listening to music through the world’s balkiest Bluetooth headphones.

This style of reading had, I realized, shunted me into a vicious circle. I was reading less because I was enjoying it less, which made reading even less enjoyable, which inclined me to read even less…”

Hopefully by now we’ve got your attention so feel free to click here and get the full story.