In the Spotlight, NewsChannel Originals 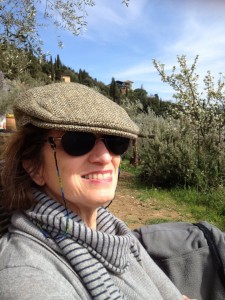 Hot off the Press from the awesome Mary Ann Liebert. It has been ages since Mary Ann and I have touched bases! But we did talk yesterday and what exciting news! Bob Vrooman has just joined Mary Ann Liebert, Inc., in the newly-created position of Publisher, New Business Development. In this role, Bob will oversee growth strategy for the company, including continuing the tradition of cutting-edge launches, while also expanding the open access program, the society partnership program, and new product innovation. A California office will be established. Prior to joining Mary Ann Liebert, Bob held leadership positions at SAGE Publishing in both editorial and sales. Most recently, Bob was the Director of STM Journals, overseeing and growing the US STM Program of 110+ journals, which included acquisitions and journal management for traditional and open access proprietary and society-owned journals. In his prior role, Bob established the first-ever Commercial Sales Department at SAGE, where he developed all print/digital advertising, reprints, and special sales revenues for the company.  Watch for our interview with Bob coming up in the June ALA issue!

Carnegie Mellon University Libraries has announced its partnership with protocols.io, an open access service for academic and industry scientists to record and share detailed up-to-date protocols for research. With this announcement, Carnegie Mellon becomes the first institution to partner with protocols.io on an institutional license. The license will provide the Carnegie Mellon community with free access to premium accounts. Open access is a priority for Carnegie Mellon, benefitting researchers in their dual roles as authors and readers. protocols.io joins a suite of tools and service offerings at the Libraries that support the university’s commitment to open access. Users can now create an account or sign in with their CMU email at www.protocols.io/universities/cmu

Exciting to learn that Bill Hannay (remember him, the singing lawyer from Ann Okerson’s Long Arm of the Law sessions in Charleston? Anyway, Bill and Donna Hannay obviously gave the singing talent gene to their daughter Capron who recently appeared in Gilbert and Sullivan’s The Gondoliers! Must have been very exciting! I wish I could have been there!

Speaking of musical talent, I don’t think I ever told you that Mary Ann Liebert (from above) once conducted Tchaikovsky’s first movement of the Fourth Symphony. Like wow and amazing!

Yet more excitement– Inventors at the University of Arizona Libraries have developed an e-learning platform that allows users to create easy-to-build tutorials, teaching users how to use website-based tools. The system, originally created to teach students how to use complex library databases, has now been licensed to startup Sidecar Learning. The startup team, consisting of company co-founders Jason Dewland and Yvonne Mery, worked with Tech Launch Arizona, or TLA – the office of the UA that commercializes inventions stemming from the work of University faculty and staff – to mature, strategize and license the technology into the company. “With this platform,” Dewland says, “anyone can create a tutorial and turn the World Wide Web into an interactive classroom.” The company name, derived from the concept of a motorcycle sidecar, was chosen because it is reflective of how the software functions. When users enter a URL into the Sidecar web software in a browser, it opens a sidebar that takes up about 10 percent of the window. Within that window, educators can build experiences to guide learners through web pages, ask interactive questions, provide real-time feedback and assess understanding. Dewland and Mery worked with TLA and the McGuire Program for Entrepreneurship in the UA Eller College of Management to take advantage of the services available to develop the strategy for Sidecar Learning.

ATG News You Need to Start the Week: 10/26/20 Expanded access to JSTOR and Artstor extended through June 2021 According to Library Technology Guides "As the COVID-19 crisis continues to disrupt higher education, ITHAKA is extending the JSTOR and Artstor expanded...