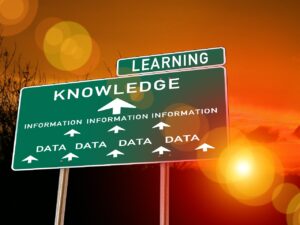 According to ACRL Insider “ACRL is accepting applications from prospective new presenters to join the presenter team for the Scholarly Communication: From Understanding to Engagement RoadShow. Part of ACRL’s slate of day-long workshops, the Scholarly Communication RoadShow is led by two expert presenters throughout the year at locations across the country and around the world. The workshop content is updated each year to meet the evolving needs of the community, with a core focus on scholarly communication fundamentals including open access, copyright, and library engagement…”

According to Library Technology Guides “ccAdvisor, an online review source of information databases and digital resources, is now available from EBSCO Information Services (EBSCO). ccAdvisor provides in-depth, critical reviews of digital resources for the academic and library markets. The resource is a collaboration between Choice and Charleston Advisor, two well-known and highly respected review sources.

ARL News notes that “The Association of Research Libraries (ARL) is accepting applications for the 2019–2020 Fellowship for Digital and Inclusive Excellence, a program that introduces undergraduates from historically underrepresented ethnic and racial groups to the library and information science discipline.

According to infoDOCKET “Project Information Literacy (PIL), a nonprofit research institute, is marking its 10th anniversary by launching a national study looking at the future of information literacy among college students. The research, conducted by Alison Head and Barbara Fister, will examine today’s information environment and the impact of one of its most defining features — algorithms — the endless lines of opaque coding that make lightening-fast calculations and decisions for and about us that affect the course of our everyday lives in both helpful and unhelpful ways…”

infoDOCKET also reports that “Following eighteen months of work, more than 50,000 78rpm record “sides” from the Boston Public Library’s sound archives have now been digitized and made freely available online by the Internet Archive.

In addition, infoDOCKET notes that “Cathy Ogur, Assistant Director of Penn Libraries’ Lippincott Library of the Wharton School regularly meets with students, faculty, and staff in the early stages of business ideation to help them gauge how marketable their venture might be. “The resources of the Penn Libraries help identify gaps in the market for new products, services, or ideas,” says Cathy. “Unless you know what’s out there, you don’t know what’s missing.” Unlike other library databases, which typically skew towards the academic, Lippincott hosts a collection of business databases that Wharton grads might ultimately encounter in the corporate world…”

This press release reports that “in celebration of the Persian New Year, also known as Nowruz, the Library of Congress has digitized and made available online for the first time the Rare Persian-Language Manuscript Collection, which sheds light on scientific, religious, philosophical and literary topics that are highly valued in the Persian speaking lands…”

KnowledgeSpeak reports that “EBSCO Information Services (EBSCO) has formally partnered with StackMapTM, a digital platform for indoor mapping, so that customers may benefit from StackMap’s integrated services with EBSCO Discovery ServiceTM (EDS) in addition to other catalogues, easing the process of physically locating items in libraries in an effort to enhance the patron experience…”

Also according to KnowledgeSpeak “the Ad Hoc Task Force on Open Access to MIT’s Research has released a set of draft recommendations that aim to support and increase the open sharing of MIT publications, data, software, and educational materials. They are available for public comment until April 17…”

Library Technology Guides reports that “on March 27 in Washington, D.C., OverDrive Founder and CEO Steve Potash, his wife and co-founder, Loree, and OverDrive’s Executive VP of Publisher Services & General Counsel Erica Lazzaro were sworn in by all nine Supreme Court Justices. They are now admitted to appear and practice law before the Supreme Court. With this honor, Steve, Loree and Erica are qualified to practice before all nine justices…” 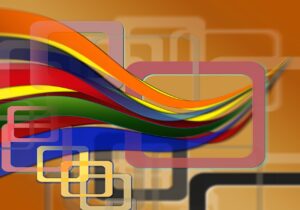