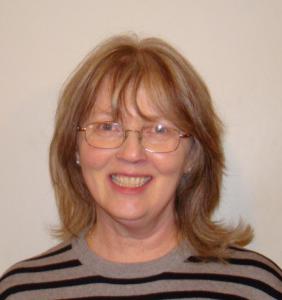 On September 4th, 2018, the Brussels-based Science Europe, supported by the European Research Council (ERC), formally released their vision for the future of Open Access (OA) research with an aggressive proposition they call Plan S. What does the name signify? According to Robert-Jan Smits, the European Commission’s special envoy on open access,  “the ‘S’ in Plan S can stand for ‘science, speed, solution, shock.” And the plan has proven to be a shocking jolt to the research and library communities across the world.

Basically the plan requires that “by 2020 scientific publications that result from research funded by public grants provided by participating national and European research councils and funding bodies, must be published in compliant OA Journals or on compliant OA Platforms.” This represents the strongest, most commanding assault on the status quo for scholarly publication yet.

That this has started in Europe is not surprising.  The ERC has a long and proud tradition of going beyond “simply funding research. In the long term, it looks to substantially strengthen and shape the European research system.” Additionally the organization sees an international role in “supporting top researchers from anywhere in the world.” Brussels-based Science Europe is “an association of European Research Funding Organisations (RFO) and Research Performing Organisations (RPO)” founded in 2011 with a strong interest in democratizing access to research data as a way to further the reach and impact of science.

Europe has been a long-time leader when it comes to OA and open data and this plan is, in fact, a part of a larger plan to create a European Open Science Cloud by 2020 which represents “a deep rethinking of the way scientific data is funded and a sea change of the professional careers of what they call ‘core data scientists’.”

In the U.S., the process of shifting to an OA publication system has been steady, but slow.

Americans value individual choice, and our democracy is noted for its strong private sector built on principles of free enterprise and individual choice. Making radical, changes across economic sectors is something difficult to imagine happening in just a year. This is one revolution being led by Europeans. Still there are serious questions about whether, even given this strong base of support, Europe can truly meet their aggressive timelines. 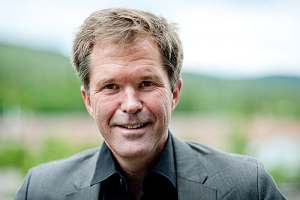 The Science Foundation of Ireland is one of the many European foundations strongly supporting Plan S in an effort they call cOAlition S. These foundations see “three main roads for Plan S compliance and we look forward to taking our many informal discussions with researchers, research institutions and publishers into a public commitment to implementation,” Research Council of Norway’s John-ArneRøttingen explains to ATG. As co-chair of the supportive cOAlition S implementation task force, he explains that the three options for research publication would be:

Announced in November 2018, Plan S requires mandatory OA for all research and research data from state-funded scientists and researchers and institutions in open repositories or OA journals available to all by 2020. Concerned about the tight deadline and the need to involve so many different countries, cultures and languages – even in Europe alone – researchers at the University of Oslo and Peace Research Institute Oslo (PRIO) produced a white paper, At the Crossroads of Open Access to Research: An Assessment of the possible consequences of Plan S for Publishing, Research Quality and Research Environments. This 52-page document carefully examines potential roadblocks, limitations and problems that need to be concerned in this transition. The authors admit that “the report is written as a commentary specific to the situation in Norway, [yet] many of the issues raised are relevant to all countries and individual researchers subject to Plan S.”

The Norwegian study finds significant challenges, even in Europe: “The plan is not a general plan for open access, but apparently only 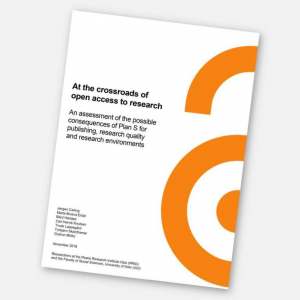 allows for one open-access model, namely Gold Open Access journals. This means that 70–90% of today’s openly published articles fall outside the requirements of Plan S….Researchers affected will be excluded from publishing their works in 86% of all academic journals and 97% of internationally leading journals, as these journals do not provide open access in the manner that Plan S prescribes. The plan seeks to make it free for anyone to read articles, while it will increasingly be necessary to pay to publish articles.”

“Great uncertainty about how Plan S will directly and indirectly affect the value of research for society at large. Important details of its implementation are still unclear, and no overall assessment of the plan’s intended and unintended impact has been made.”

Their report concludes with a series of “unresolved issues” clouding the future of Plan S:

PLANNING FOR THE CHANGE – NOW OR WHENEVER

Utrecht University Library’s Jeroen Bosman and Bianca Kramer work on the school’s project One-Hundred and One Innovations in Scholarly Communication, charting open science principles, practices and platforms.  In their analysis, the road to Plan S would entail the following ‘steps’ to full compliance:

“In our view it is useful to discern 4 potential gold routes, 1 (temporary) hybrid route, 1 hybrid/green route and 3 potential green routes.

On September 4th eleven European national research agencies, the European Commission, and the European Research Council announced the launch of cOAlition S, requiring that all research funded by all of these organizations must be fully Open Access by January 1st 2020. And the clock is ticking.

Indiana University’s  Brian Watson has described Plan S as “a major coup for Open Access activists and a step in the right direction for worldwide scientific research,” which will bring “cutting-edge and high quality research papers” easily available to everyone on the planet and “help to kick-start innovation among open access publications and encourage more institutions, funders and scientists to be deliberate in choosing an Open Access journals and platforms for their research.” Watson breaks the plan into this simplified scheme:

“Authors retain copyright of their publications without restrictions. All publications must be published under an open license, preferably the

Creative Commons Attribution Licence CC BY. In all cases, the license applied should fulfill the requirements defined by the Berlin Declaration.”

Plan S requires that research funding agencies will be fully committed to  OA, Watson reports, and that “even if these routes of publication do not yet exist that they will support them. What this means is that we may begin to see increasing academic, financial and intellectual support behind OA platforms, journals and monographs.”  The inclusion of the UK Research and Innovation (UKRI)  is particularly important, since they fund the majority of British research across the disciplines. Even without the U.S. or other countries massively involved (the University of California system and funders like the Gates Foundation have signed on), this signals the academic research version of the ‘shot heard round the world.’

There are others with serious issues with the nature and implementation of Plan S.  The Confederation of Open Access Repositories (COAR) “and others in the repository community have significant concerns related to several of the requirements for repositories, a number of which we argue are not necessary and will create artificial barriers to the participation of universities and other research organizations in the scholarly communication system.” In their formal response to Plan S, COAR also points out that “while some of these recommendations may be ‘nice to have’, they are not prerequisites for robust and interoperable repository services. Instead they could result in driving repository functionality in the wrong direction, create too high of a bar for less resourced institutions, and further centralize research infrastructures and services because they cannot be adopted, leading to a replication of the existing inequalities in the scholarly communication system.”

COAR’s own 32-page proposal for the next generation OA repository, released in November 2017, provides far more specific details and in-depth analysis than the Plan S. Their detailed plan focuses on the goal to “ensure that, as libraries and research organizations invest in and enhance their local services, they adopt common standards and functionalities that will allow them to participate in the global network.”

I can foresee many potential issues in finding, accessing and tracking research results and reports. We have no reliable repository structure that can take such huge stores of research and data, providing indexing (something far better than a Google search), clear standards and methods for defining and indexing data and tracking/connecting parent-to-child data applications using clear standards and protocols in a secure environment. To me, that’s the elephant in the room. Without a solid framework in place, it’s hard to see this working. Are we really willing to create gaps and fissures in the scientific record by moving too swiftly and ignoring the total cycle of research documentation and access?

Plan S has hit the global academic community like a major lightening strike, igniting strong support (especially in western Europe) and serious concern as well.  In Part 2 of this series, we look at some of the critics of the Plan, its aggressive timeline and the potential creation of a Western “have” OA and a non-Western “have not” world of scholarly publishing.