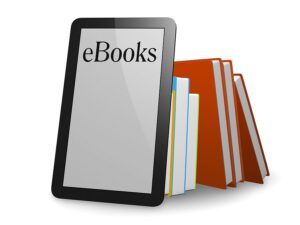 According to Michael Kozlowski at Good e-Reader “E-Readers are becoming really popular again and more new devices were released in 2018, than other other year. There are a few reasons why people are buying more e-readers and screen size is a big one, no pun intended…

The big trend in the e-reader industry in 2018 was audiobooks. Amazon included Audible functionality via Bluetooth in every single Kindle e-reader on the market…”

Access reports that “The Association of Universities in the Netherlands (VSNU) and information analytics business Elsevier are to extend their current agreement by six months. These six months will be used to continue discussions. The VSNU continues to strive to secure commitment to 100% open access by 2020, as set out in the National Open Science Plan…”

Access also reports that “a survey carried out by the Think. Check. Submit. initiative has revealed a strong demand from both researchers and librarians for guidance about where to publish and an appreciation of the services that the initiative offers. However, it also revealed a need for further educational resources and wider reach for the initiative…”

Citing National Public Radio.  infoDOCKET reports that “allegations of cronyism, wasteful spending and other misconduct are roiling a little-known federal agency in charge of producing and distributing the government’s official documents, including paper questionnaires for the upcoming 2020 census…”

infoDOCKET also reports on a BuzzFeed News post that highlights the work of Jenna Freedman who established “the zine library at Manhattan’s Barnard College, where she is still zine librarian. Today, the collection consists of over 10,000 zines and focuses heavily on material created by marginalized communities, with topics as varied as mothers and daughters documenting holidays together to searing political collections about racism in punk rock…”

In addition, infoDOCKET reports on this BBC video spotlighting  “the Leeds Library … the oldest surviving subscription library of its type in the UK, with its 140,000 books ranging from crumbling Victorian novels to the latest Robert Galbraith best seller. As the cultural hidden gem celebrates its 250th year, the BBC pays a visit to see how it attempts to protect its legacy while staying relevant to an increasingly distracted audience…”

According to KnowledgeSpeak “SSRN, a scholarly research repository owned by scientific, technical, and medical information publishing company Elsevier, concludes that FinTech is the fastest growing area of research on its platform. Data from a recently released study by the company reveals that the most popular papers on SSRN deal with blockchain- and cryptocurrency-related topics, such as bitcoin and initial coin offerings (ICOs)…”