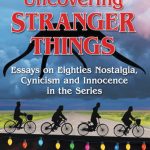 Press $39.95) — As we all know, everything runs on a cycle and eventually everything will experience a resurgence of its popularity.  With the smash success of the Netflix series Stranger Things, it is safe to say that the 80s have come back in a very big way and this book hopes to fill you in on it. Going beyond pointing out the simple stuff, like what Spielberg movies the series homage, this essay collection works to show what ways the series acted like a homage to the entire decade, in all shapes of pop culture.  An interesting read for those that might be curious about how this unassuming series spearheaded the revival of modern nostalgia, and a great study of how the world gets remembered through rose colored glasses. 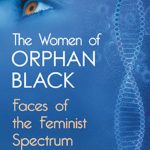 Press $39.95) — Equal representation has been sought in all forms of media for many years now, and unfortunately it will have to continue for some time still.  That being said though, one genre that frequently opens itself to notable female leads is Sci-Fi, and the series Orphan Black was perhaps one of the best examples of it in action. The actress playing the series leads, possibly because of all the people she’s playing, ends up being able to convey the multi-faceted nature of feminism on her own, and she’s all the more compelling because of it.  Through the fictional lens of clone technology, this book/show was able to offer a critical examination of, as a woman, what it means to love yourself and what ways you can represent yourself. 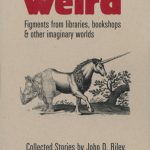 Horror could be considered a primal form of storytelling, perhaps the earliest use being to warn against the dangers of the world without seeming too real.  It’s also an interesting genre that lends itself to both long and short form, and can seem to be made for any subject; including this books rare subject of being about books. This isn’t a collection about books however, but instead dark tales of what happens when a person lets their love of books become too great.  An interesting collection for lovers of dark fantasy that includes a selection guaranteed to feature something new for the connoisseur of the strange. 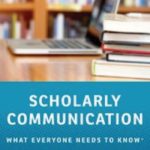 Scholarly Communication — by Rick Anderson (978-0-19-063945-7 Oxford University Press $16.95) — The author of this book sets out with a modest goal, to help level the field when it comes to scholars talking to each other.  This isn’t to say that he feels as though there are different levels of the discussion that should be raised or lowered, but in reading his text it becomes clear that sometimes people are just unable to really connect. It’s also quite helpful that the author made this book such an easy read.  Indeed, it would have been entirely too easy to turn the whole thing into a lecture, but he was able to make it so that the book remained explanatory without, appropriately enough, talking down to the reader. A useful tool even for those who don’t think they suffer from any issues because we all can become blind to how we communicate. 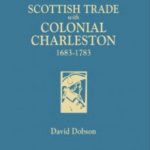 Company $43.50) — Though probably known to any local who’s studied their history, there are plenty who may not realize the importance Charleston had to the world of trade in the colonial era.  This book however, chooses to focus on this from the other direction by discussing the country of Scotland’s first real business with non-Europe. While many books may have technically addressed the subject, it usually isn’t given much more than a cursory glance at best and a footnote at worst, and the author wants to alleviate that problem.  A thorough cataloging of this social interaction that many may have overlooked; it also serves as an interesting look into international policy during Colonial America; something many may have taken for granted.

The Minds Behind the Games — by Patrick Hickey Jr. (978-1-4766-7110-9/978-1-4766-3123-3 McFarland Press $39.95) — Video games are, though controversial in some circles, an incredibly popular format of entertainment; this is undeniable.  That being said though, there are a lot of people who don’t really … get … the amount of effort that actually goes into making these games, and that’s something this collection of essays wishes to shed some light on. Interviewing a mixture of creators from both major labels and independent studios, the author would like to show not just the effort that went into creation, but also the effort that went into physically making the final product.  This job isn’t easy, and this book makes that point clear. A must read for anyone looking to get into the field of game development. 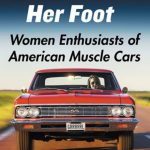 — For the longest time, automotive enthusiasm has been considered something of a man’s area, not the least bit surprising considering the way many cars are advertised.  No decade perhaps pushed this aesthetic greater than the 1970s, with “muscle cars” that focused on speed and power. That being said though, there is nothing that can remain exclusive like this for long and this collection of interviews with female enthusiasts shows that there’s more to the restoration hobby than nice cars for them.  Indeed, for those the author talked to, to restore and drive these cars is also a way to push forward the idea of equality amongst their compatriots. An interesting facet to study the progression of female equality with a world that seldom gets much attention paid to it, outside of their niche publishing. 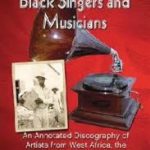 Field Recordings of Black Singers and Musicians — by Craig Martin Gibbs (978-1-4766-7338-7/978-1-4766-3187-5 McFarland Press $95.00) — Though considered by many to part of the birth of American music, the sheer informal nature of it made truly keeping track of the music sung by the itinerant population of America next to impossible.  The book seeks to simplify the task at hand by cataloging all the recordings found. Given the nature of the information, it becomes understandable that these records of a “to the best of our abilities” sort but if one is interested in the historical study of American music, then it becomes invaluable. A must have, for its easy access, for any music history collection.