Citing  U. of Buffalo, infoDOCKET reports “the Graduate School of Education has joined the SUNY-wide effort to reduce the costs of higher education by launching an Open Education Research Lab dedicated to replacing high-priced textbooks and other costly materials by studying the use of open or free educational materials that can be downloaded, edited or shared.

The UB effort aligns the university with a statewide effort to enhance and extend the use of these open educational resources. The New York State budget has allocated $16 million for these resources in the last two years…”

infoDOCKET also reports that “The Association of American Publishers (AAP) issued its 2018 StatShot Annual Report today which found, among other things, that the U.S. book publishing industry generated an estimated $26.23 billion in net revenue for 2017, representing 2.72 billion units. All figures represent publishers’ net revenue from tracked categories (trade, higher education course materials, preK-12 instructional materials, professional books, and university press), in all formats, from all distribution channels. These are not retailer/consumer sales figures.

KnowledgeSpeak reports that “the American Psychological Association has made it easier for researchers and students to access its journals using their institutional subscriptions even when they are not on campus. This new functionality is the result of a partnership with Google Scholar’s Campus Activated Subscriber Access (CASA) initiative, ensuring users a seamless experience for accessing APA’s scholarly content anytime, anywhere…”

KnowledgeSpeak also reports that “Drawing on years of experience, senior leaders from Portico share their perspective on the digital preservation landscape in an article for UKSG Insights. noting that “there are great benefits to having content available in digital form, digital objects can be extremely short-lived unless proper attention is paid to preservation…” 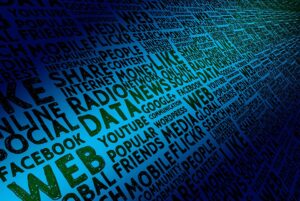 MORE LIBRARY AND PUBLISHING NEWS FROM A VARIETY OF SOURCE