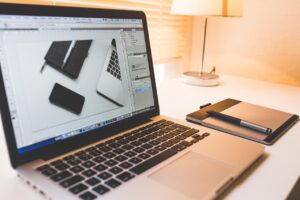 ACRL Insider reports that “the ACRL Board of Directors has approved a revision of the association’s Standards for Libraries in Higher Education (SLHE). SLHE, adopted in 2004 and previously revised in 2011, is designed to guide academic libraries in advancing and sustaining their role as partners in educating students, achieving their institutions’ missions, and positioning libraries as leaders in assessment and continuous improvement on their campuses.

District Dispatch reports “the following message is from ALA President Jim Neal: We are thrilled that Congress has passed an FY2018 omnibus spending bill today that includes significant federal funding increases for our nation’s libraries!…

Also according to District Dispatch “after 20 years of advocacy by ALA, the public will soon have access to reports by the Congressional Research Service (CRS). A provision requiring public access to CRS reports was included in the omnibus appropriations law signed by the President on March 23.

According to KnowledgeSpeak “the American Association for the Advancement of Science (AAAS) applauded President Donald Trump for signing into law a $1.3 trillion fiscal 2018 spending measure that delivers significant increases for science and technology programs and scientific research endeavours. The catch-all spending measure carries significant spending increases for most of the federal government’s major scientific agencies, including biomedical health, energy, space, defence, geological and agricultural research programs…”

Also according to KnowledgeSpeak “media and publishing intelligence firm Simba Information has released a report titled ‘Scholarly & Professional E-Book Publishing 2018-2022.’ The report examines the scholarly and professional market including e-books in law, business, scientific and technical, medical, and social science and humanities. It found that, although the book market as a whole has taken its lumps due to declining print sales, e-books have greater appeal with library customers, which has led publishers to reinvest in their collections.

In addition, KnowledgeSpeak reports that “The GALILEO (GeorgiA LIbrary LEarning Online) consortium is making the research experience easier for their library users by implementing federated single sign-on access, enabling end users to sign-on once into any resource from the site or within Discovery. GALILEO has entered into a five-year agreement with EBSCO Information Services (EBSCO)and OpenAthens providing single sign-on software that allows the end user to move from resource to resource without re-entering their credentials…”

According to infoDOCKET “archival materials from one of the most successful political partnerships in history, the collaboration of suffragists Susan B. Anthony and Elizabeth Cady Stanton in the movement for women’s rights, have been digitized and are now available online for the first time from the Library of Congress…”

Library Technology Guides notes that “ProQuest has teamed with Cambridge University Press to provide libraries access to the Cambridge Core platform and content via the ProQuest OASIS® platform. Over 30,000 ebook titles across 36 subject areas from Cambridge University Press and other publishers become available through the OASIS® selection and purchase system beginning 27th March 2018…” 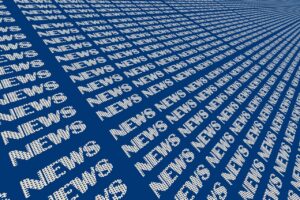