To help you get a laid back start to your weekend, the COLOSSAL website is featuring a relaxing video that demonstrates the detailed steps of making paper by hand. 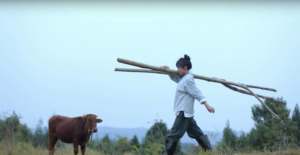 It’s the creative work of Chinese vlogger Li Ziqi who films her videos in the serene countryside of China, and often demonstrates step-by-step instructions for making traditional recipes and crafts. In one of her most recent videos, Li presents the days long process of traditional Chinese paper making, a process which can be traced back to the early years of the Han Dynasty sometime within the 2nd century BC.

(Thanks to John Riley of Gabriel Books for providing ATG Quirkies.)