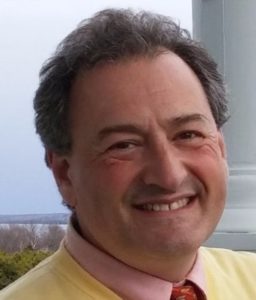 In today’s episode, we’ll hear from Corey Seeman. Corey is the Director of Kresge Library Services of the Ross School of Business at the University of Michigan. The unit has recently undergone a great transformation from a traditional library to an electronic-only library service group with the completion of the Ross Construction project in 2016. He has written articles primarily in the areas such as library systems, cataloging (especially in the context of special library collections) and on collection development issues associated with autism.

He will be focusing his writing on change management in the library and service issues associated with academic libraries, especially in the area of hospitality. He is passionate about library service, and sees this as a way that we can remain a critical part of the educational and research function in a world that is increasingly self-serve.

On a lighter note – he has a cooking blog and a somewhat over-the-top obsession with squirrels and cats (that you can see via his flickr photos – the links for both of those are provided in the show notes, along with a link to more information on his presentation at the upcoming Charleston Conference.

History Has Its Eyes on You: Lighthouses and Libraries Weathering Storms of Change
Wednesday, November 8, 2017 at 11:35 am: http://sched.co/CHnK