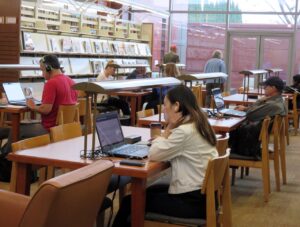 District Dispatch reports that “Congress’ Committee on House Administration this year began examining Title 44 of the U.S. Code, which is the authority for the Federal Depository Library Program (FDLP) and the Government Publishing Office (GPO). This process is an important opportunity for librarians to advocate for improvements to the FDLP and public access to government information…”

infoDOCKET reports that “new on the Project Deal website is this announcement (in German) from Helmholtz-Gemeinschaft (the largest scientific organization in Germany) that it will join other Project Deal institutions/organizations and terminate its contract with Elsevier at the end of 2017.

Details From Helmholtz-Gemeinschaft Are Available in English (via Mechanical Translation):

According to  Chemistry World “chemical science publishing is in the midst of a seismic shift, something that was made clear at the 254th American Chemical Society National Meeting and Exposition in Washington DC during a panel discussion about the new chemistry preprint server ChemRxiv. Announced a year ago by the American Chemical Society (ACS) ChemRxiv recently went live in a beta version on 14 August and gives chemists a place to deposit their papers prior to peer review and publication in a journal. So far a total of six preprints have been posted to ChemRxiv.

Library Journal reports that “from rebounding attendance to amazing site visits to a surprise visit from a United States congressman, the tenth National Conference of African-American Librarians (NCAALX) offered attendees excitement, motivation, and unity of purpose.

The theme of this year’s conference, organized by the Black Caucus of the American Library Association (BCALA), was “Beyond Library Walls: Innovative Ways to Engage Our Communities….”

integrated into our collections, research and services as text is today. The British Library’s users will be able to consume research data online through tools that enable it to be analysed, visualised and understood by non-specialists. Research data will be integrated into our collections and shared storage hubs and we will deliver data from trusted external hosts. All will be easy to discover and linked to related research outputs, be they text, data or multimedia…”

Publishing Perspectives notes that “in an interesting development in textbook publishing, McGraw Hill Education and iFlipd–a pay-as-you-go weekly textbook rental platform–are partnering to let students rent select McGraw-Hill titles in both digital and print editions for US$15 per week…”

According to NSR  “Independent World Cinema: Classic and Contemporary Film, a new film collection from Alexander Street, … provides streaming access to over 400 independent films essential for film studies, media studies and theater students. The films support research and learning in these fields yet have a wide range of applicability reaching as far as psychology, gender studies, and anthropology…” 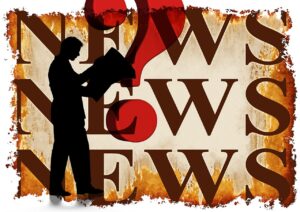