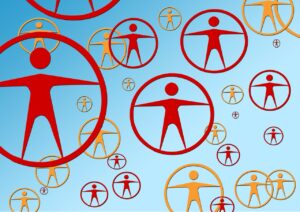 According to infoDOCKET citing the DPLA Blog “On July 1, 2017, the Digital Public Library of America welcomed “two new board members, Brian Bannon of Chicago Public Library and Chris Bourg of MIT. In addition, we would like to thank two longstanding board members, Robert Darnton Professor of History and University Librarian, Emeritus at Harvard and Luis Herrera of the San Francisco Public Library, for their support and guidance over the years.

“Incoming Board Members Brian Bannon and Chris Bourg are poised to bring a fresh perspective and energy as DPLA moves into its next phase”, said Board Chair, Amy Ryan. “Brian has provided leadership in one of the most successful public libraries in the country, and his experience in running a complex and diverse organization with be valuable to the growth of DPLA. Chris’s commitment to open access and her role as a leader in a top tier university in the country will be a welcome addition to the Board”.

We wish to thank both Robert Darnton and Luis Herrera for their enthusiastic support and steadfast guidance as members of DPLA’s Board of Directors, and give a warm welcome to Brian Bannon and Chris Bourg…”

This post on the Authors Alliance website has an interview with Amy Brand, Director of the MIT Press in which she discusses the partnership that MIT Press and the Internet Archive have agreed to in which they are collaborating  announce “to digitize books from the Press’ backlist and make them available online.” Ms. Brand discussed the project, MIT Press’s motivation, the collections to be included, the biggest challenges by project planners, as well as offering “words of wisdom for other publishers who want to follow MIT Press’ example.”