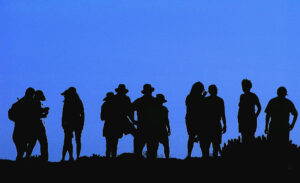 “The University of Toledo has appointed Beau Case — an administrator with decades of experience running academic libraries in Ohio and Michigan — as the new dean of its library system.

Andrew Hsu, UT provost and executive vice president for academic affairs, said university officials were impressed by Mr. Case’s success as an administrator, his familiarity with the OhioLINK university library sharing system, and his research credentials, among other attributes and experience.

Mr. Case has written about how libraries can facilitate digital research in the humanities, and he has organized a conference about the use of electronic textbooks, according to his application materials…

Mr. Case said in a statement that libraries have successfully used technology to enhance their collections, and now must concentrate on doing more to impact teaching, learning, and research…

Mr. Case comes to UT from the University of Michigan, where he worked as head of the arts and humanities libraries and collections, managing a $7 million budget. He previously worked at Ohio State University as an associate professor and head of the Linguistics and West European Languages.

He’ll make about $172,500 in salary at UT, which is roughly 10 percent more than Barbara Floyd made last year as the interim director of UT’s library system. Ms. Floyd recently accepted a voluntary buyout offer after more than 30 years of service.

Mr. Case was hired after a search that involved about 20 applicants and three finalists, Mr. Hsu said.

The university paid a consulting firm — AcademicKeys — about $20,000 to conduct the search. Mr. Hsu called the price “very inexpensive” and said such searches normally cost about $80,000.

Mr. Case has master’s degrees in library science and comparative literature from Indiana University and a bachelor’s degree in English from the University of California at Los Angeles. He is a member of editorial boards for Cambridge University Press; ProQuest Collection Building, and Library Collections, Acquisitions and Technical Services.

Mr. Case will officially replace Ms. Floyd when he begins work on Aug. 1. He did not return calls for comment on Monday night…”

According to KnowledgeSpeak “nuclear physicist Michael Thoennessen has been selected to become APS Editor in Chief at the end of August 2017. Currently an Associate Director of the Facility for Rare Isotope Beams (FRIB) at Michigan State University (MSU) in Lansing, Michigan, and University Distinguished Professor of Physics at MSU, he was appointed following a vote of the APS Board of Directors on June 16.

Thoennessen joined the MSU physics faculty in 1990 and was named an Associate Director of the FRIB project in 2015. FRIB is a $730 million user facility funded by the U.S. Department of Energy for nuclear science and is slated for completion in 2020. From 2004 to 2016, he was Supervisory Editor of the journal Nuclear Physics A.