v29 #2 From the Reference Desk

v29 #2 From the Reference Desk

by Tom Gilson  (Associate Editor, Against the Grain, and Head of Reference Emeritus, College of Charleston, Charleston, SC 29401) 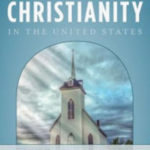 The Encyclopedia of Christianity in the United States (2016, 9781442244313, $495) is a recently published reference by Rowman & Littlefield.  Edited by George Thomas Kurian and Mark A. Lamport, this work is a five-volume set that focuses on the widespread historical impact that Christianity has had, and continues to have, on American life and culture as well as the factors that have in turn, influenced it.

As one examines this reference it becomes apparent that it is far more than an A-Z collection of entries.  The Encyclopedia’s scholarly pedigree is obvious from the start with its forward by Martin E. Marty, Professor Emeritus at the University of Chicago and the editors’ introductory essay, with its multiple citations, recounting the broad history of Christianity in America and the forces shaping it.  This is followed by four “contextual snapshot” overviews that reinforce a historical framework from which to view American Christianity extending from the pre-colonial era to the 21st century.  In addition, interspersed through the five volumes are 70 in-depth introductions to “critical influencers” like African American Christianity;  the Ecumenical Movement;  Megachurches;  Pentecostalism and the Separation of Church and State.  Of course, most of the Encyclopedia is taken up by the other A-Z entries that cover various denominations, historic events, theological developments, movements and revivals, key texts and documents, social issues, law and legal decisions, and Christian influence on art, music, education, and the media.  The set also includes nearly 1800 biographies of people who have made their mark on American Christianity and its development.  But that is not all.  There are other useful features including a statistical profile, a timeline of historic milestones, and sidebars noting the contributions of major denominations as well as eight “perspectives” essays in the last volume that offer impressions of American Christianity from other faiths and parts of the world.  Lending order and organization to the set are appendices that list all entries by both authors and thematic sections as well as an index of names and one devoted to entries.  Adding to the Encyclopedia’s scholarly credentials, there are biographical notes on all section editors, contributors, and editorial consultants.

The Encyclopedia of Christianity in the United States is a truly impressive achievement.  Comprehensive, thoughtfully designed, with numerous value added features, it is a serious and scholarly work that offers context, relevant facts, and multiple perspectives on an essential element in American history, culture, and social development.  This is a reference work that should be on the shelves of all academic libraries supporting courses in religious studies as well as in larger public libraries where there is patron interest in religion and American history. 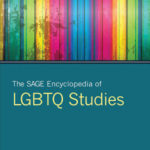 The SAGE Encyclopedia of LGBTQ Studies (2016, 9781483371306, $595) is another reference work from SAGE that offers an interdisciplinary approach to a field of study attracting increasing scholarly attention.  Edited by Abbie E. Goldberg, Associate Professor at Clark University, this three-volume set included approximately 400 articles varying in length from 1,000-3,000 words, arranged alphabetically.

The expertise showcased in this set draws from several of the social sciences including, but not limited to, psychology, sociology, law, family studies, and social work.  As you might expect, this enables coverage of diverse topics related to the LGBTQ community from varied viewpoints.  Broad topics like health, aging, sexuality, activism, work, politics, and family are discussed in multiple entries as are more focused concerns like parenting and marriage and divorce.  Issues related to various populations like LGBTQ youth and LGBTQ college students are also covered, as are matters relevant to specific religious, racial, and ethnic LGBTQ peoples.

The topics dealt with in this reference are complicated and often nuanced.  As befitting a scholarly source at this level, the articles are well-informed by current research and deal with the issues knowledgeably.  Supporting facts and data are cited and relevant theories and concepts referenced.  Each entry provides a bibliography for further exploration and “see also” references to link related articles.  A useful general index provides access to specific facts and entries while a Readers Guide groups related articles into 15 broad categories.

Ms. Goldberg and her editorial team should be commended for creating a thoughtful, comprehensive, and well-researched reference set.  The SAGE Encyclopedia of LGBTQ Studies fills the need for a scholarly and authoritative background source that both undergraduates and more advanced scholars can turn to with confidence.  Professionals working in LGBTQ related fields as well as interested lay readers seeking reliable up-to-date information will also be well served when consulting its pages.

This title is also available online via the SAGE Knowledge platform. 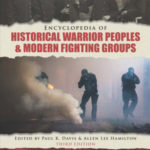 The Encyclopedia of Historical Warrior Peoples & Fighting Groups (2016, 9781682170984, $165) is a single-volume reference work that it is in its third edition.  Edited by Paul K. Davis and Allen Lee Hamilton and published by Grey House Publishing, this book focuses on discrete military forces and units that have a recognized and unique identity as a fighting force.  Some 150 different entries are included.

As you can tell from the full title of the Encyclopedia, the editors give themselves a great deal of leeway in determining which groups meet their qualifications for inclusion.  Accordingly, you have whole populations like the Spartans, the Zulus and the Comanche discussed as well as specific units ranging from the Buffalo Soldiers to the Rough Riders to the Sacred Band of Thebes.  In addition, forces that are identified with specific weapons and fighting styles like the Berserkers, the Royal Air Force, and Samurai are covered.  And somewhat controversially, the editors have also included terrorist groups like Hamas, Boko Haram, and ISIS in this latest edition.  The entries are straightforward narratives that provide solid historical accounts relating how each force developed and evolved as well as recounting many of their military actions and activities.  Each entry has a brief list of sources which are collected at the end of the volume in a comprehensive bibliography.  Other value added features include a list of related primary documents, a section of maps and a timeline of entries, as well as a general index.

The Encyclopedia of Historical Warrior Peoples & Fighting Groups should prove a useful reference for interested students by providing a basic foundation to initiate more in-depth exploration.  Each entry provides background information about the force covered that is grounded in reliably sourced research.  High school students and lower division undergraduates will find it of most benefit.  Given the level of interest in military topics among some students, it a reference work that would be equally suitable for many circulating collections.

SAGE Reference is planning a couple of new releases:

Among the latest from ABC-CLIO Greenwood:

Academic Press has recently published a couple of multivolume sets: