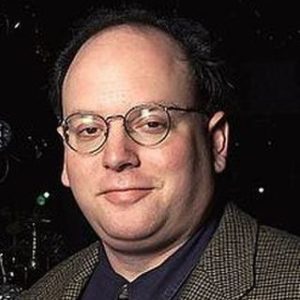 This week Leah Hinds takes over the host duties as we feature a discussion between Gary Price of infoDOCKET and our own Tom Gilson and Katina Strauch. The talk centers around the latest in open data resources and the library’s potential role in harvesting those resources and making them discoverable. We also have an update on privacy concerns from his 2015 Charleston Conference plenary talk with the Long Arm of the Law panel.

Gary is a librarian, writer, consultant, and frequent conference speaker based in the Washington D.C. metro area. He is currently the Resource and Reference Center Director for GIJN and founder/editor of infoDOCKET.com, a daily update of news and new research tools.

He grew up in the Chicago suburbs where he attended New Trier High School. Price received a Bachelors of Arts degree from the University of Kansas, and a Masters of Library and Information Science from Wayne State University in Detroit. He was for a time a reference librarian at George Washington University, and has worked for the search engine Ask.com as Director of Online Information Resources. Gary co-authored the book The Invisible Web with Chris Sherman in July 2001. He also does frequent consulting projects and has written for a number of publications.

Katina’s Rumors for this week:

Was sorry to learn that Brian E.C. Schottlaender will retire as Dean from UC San Diego effective June 30, 2017. As Chancellor Pradeep K. Khosia said, Brian is a highly respected leader who has led many collaborative initiatives to advance digitization and digital preservation on national and global scales. “During his tenure at UC San Diego, print and digital offerings in our Library expanded by more than 50% and the number of collection endowments doubled.” Schottlaender’s “transformational leadership,” was credited with the UC San Diego Library’s current status as one of the top academic libraries in the nation, along with his “bold and visionary approach to navigating the evolving role of the academic library and in reshaping Library resources and services to best meet the changing needs of the academic community.” Most recently, Schottlaender launched the Geisel Library Revitalization Initiative (GLRI), with a generous gift from longtime friend and supporter, Audrey Geisel. The GLRI seeks to renovate the interior public spaces of Geisel Library, the university’s most iconic building, to meet the needs of today’s students and scholars. Wouldn’t Dr. Seuss be proud! I remember when Brian keynoted the 2010 Charleston Conference with the theme Anything Goes. His paper “Full-spectrum stewardship of the record of scholarly and scientific research” is in the proceedings of the 2010 Conference, freely available on the Purdue University website. Following Schottlaender’s retirement, UC San Diego’s Associate University Librarian for Enterprise Services, Tammy Nickelson Dearie, will serve as Interim University Librarian while a national search is conducted for his successor.

Speaking of Purdue, I am sure you all noticed that Purdue is to acquire Kaplan University. Purdue’s President Mitch Daniels discusses the creation of a new public university that will help fill the need for postsecondary education for working adults and others, and address the explosive growth in online education.

The University of North Carolina at Chapel Hill has received an $877,000 grant from the Andrew W. Mellon Foundation, which will allow the Southern Historical Collection (SHC) at the Wilson Special Collections Library to further develop its transformative model for “community-driven archives.” In addition to several community archiving projects, the SHC will also develop and share training and educational materials in this emerging area of practice. Activities for the three-year grant, “Building a Model for All Users: Transforming Archive Collections through Community-Driven Archives,” will begin immediately. Community-driven archives are created through partnerships between a community that wishes to document and preserve its own history and an archival repository. In many cases, these are stories of marginalized communities that past generations of historians and archivists did not consider significant enough to record or preserve. I remember when The Louis Round Wilson Library was the main library at UNC-CH. Louis Round Wilson himself was still alive and had an office on the top floor. I also remember when David Moltke-Hansen was director of the SHC for a few years. David was one of our keynote speakers many years ago. Ah… memories!

More memories. The Louis Round Wilson Library had at least three big rooms for the card catalog. One of my first jobs as a student was as “head filer!” Like Wow! This new book The Card Catalog: Books, Cards, and Literary Treasures by Library of Congress (Compiler) with a foreword by Carla Hayden has just been released.

To quote LISnew: “The Card Catalog makes a persuasive case that cataloging knowledge is fundamental to the acquisition and spread of knowledge, and that a working library catalog is, in some ways, a basic necessity of civilization. And since cataloging is a calling that attracts neurotic and obsessive personalities, the history of the library catalog charts a weird, twisty path, with a lot of back-tracking followed by enormous leaps forward.”

And last of all, please do not miss Jim O’Donnell’s April Back Talk “The Most Beautiful Invention.” It’s not quite about the card catalog, but is about the call number sticker.