v28 #5 From the Reference Desk

v28 #5 From the Reference Desk

by Tom Gilson  (Associate Editor, Against the Grain, and Head of Reference Emeritus, College of Charleston,
Charleston, SC 29401) 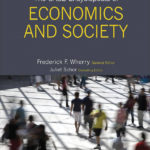 The SAGE Encyclopedia of Economics and Society (2015, 9781452226439, $650) is another cross-disciplinary reference work published by SAGE Publications.  Edited by Yale University’s Frederick F. Wherry, it consists of nearly 800 entries stretching over four volumes.  Employing a straightforward A-Z arrangement, the articles in this reference seek to demonstrate how economics exerts a key influence on society and culture.

In examining this set it becomes obvious that the scope of coverage is far reaching.  The impact of economics is explored as it relates to broad areas of concern as diverse as advertising and marketing, crime and the law, immigration; household finances; education; arts and culture; health care; religious life as well as a number of other subjects.  As such, individual articles deal with the economic factors in a variety of specific topics including political advertising;  cultural tourism;  corporate crimes;  Obamacare;  401k accounts;  the minimum wage;  telecommuting;  customer satisfaction;  crowdsourcing;  moral values and markets and numerous others.

Naturally, articles are fact filled and contributors often use a variety of data to support their discussions.  However, economic statistics do not deter from article accessibility.  Entries are written in a style that will be understandable to informed lay readers as well as undergraduate students.  While much of the discussion focuses on the United States, international conditions are also considered.  The set is text rich with a few tables and charts interspersed when useful.  All articles are signed and relevant bibliographies are provided for each article to encourage further exploration.  Value added features include a Reader’s Guide that lists articles by 15 broad categories, a glossary, and a resource guide listing data sources, books, journals and Websites.  Finding aids include “see also” references as well as a comprehensive general index.

The SAGE Encyclopedia of Economics and Society clearly shows the often dominant role that economics plays in society and culture.  While this should come as no surprise, Mr. Wherry and his contributors have done a real service in highlighting the many specific areas where economic concerns come to the fore.  They do so in a scholarly but reader friendly way that serves the interests of researchers well.  Academic libraries supporting classes on economics and its impacts will definitely benefit from the cross disciplinary treatment afforded in this SAGE reference set. 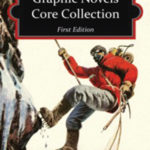 Graphic Novels Core Collection (2016, 9781682170700, $295) is the newest title in H. W. Wilson’s respected series of “core collection” reference books.  While the series is currently published and distributed by Grey House Publishing, the high editorial quality one expects from this series is still maintained.  However, the title of the book is slightly misleading.  It actually provides a selective list of both “fiction and non-fiction” comics and graphic novels.

This first edition reference is an attempt to meet a need created by the exponential growth of graphic novels.  It offers expert guidance to librarians and others interested in collecting graphic novels and comic books in selecting the best titles in a variety of categories.  The book is arranged in four major sections divided into age levels including Pre-Kindergarten to grade 5;  Grade 6 through 8;  Grades 9 through 12;  and Adult.  Within each section entries are listed alphabetically by author or creator, followed by the title, publisher, date, specific grade levels, classification numbers, subject heading, ISBNs and price.  This information is followed by an annotation/abstract that selectors will find of value in ascertaining the suitability of each book for their collections.  The bibliographic information provided for each title is thorough and the annotations offer relevant information in guiding purchasing decisions, not to mention aiding librarians in readers’ advisory efforts.  Aside from the basic organizational scheme, finding aids includes both a title index as well as a very impressive subject index.  Approximately 3,500 individual titles are covered.

Graphic Novels Core Collection should prove to be a primary resource for public and school libraries in helping fill their collection needs, advising readers and teachers, verifying bibliographic information and in overall collection maintenance.  However, academic libraries that support education curriculums offering classes on reading in kindergarten, elementary, middle school and high school will also find the selection recommendations here of value.  As far as online access goes, Graphic Novels Core Collection is an abridgement of a database by the same name available via EBSCOhost.  For more information see https://www.ebscohost.com/public/graphic-novels-core-collection. 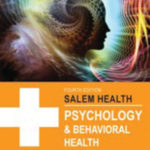 Salem Health: Psychology & Behavioral Health (2015, 978-1-61925-543-2, $495) is now in its 4th edition and once again fills five volumes.  The set consists of 690 essays of which 100 are new with the remainder having been reviewed and many of those updated.  There are almost 150 sidebars and charts along with some 169 photos and illustrations supplementing the text.

According to the publishers’ introduction coverage includes “core aspects of behaviorism, cognitive psychology, and psychoanalytic psychology” as well as “diagnoses, disorders, treatment, assessment and notable individuals in the field.”  As is typical with Salem Press publications, each entry utilizes a similar format.  In this case, entries start by noting the type of psychology the topic falls within and then provides an abstract of the entry which is followed by a list of key concepts.  An introduction to the topic follows which leads to a more thorough discussion and analysis of the topic.  Each entry ends with a bibliography and list of “see also” references.  This approach provides a dependable consistency as well as the ability to focus on the most germane elements within the topic.

The articles offer a scholarly treatment of the topic but one that will be understandable to a range of readers from upper division high school students to undergraduates to informed lay readers.  Each furnishes a well-rounded discussion that places the topic within its psychological discipline as well as putting emphasis on key concerns and issues.  While the entry gives readers an informed background treatment of the topic there are also some value added features worthy of mention.  Both the bibliographies at the end of each entry as well as an annotated bibliography in volume 5 that is divided into individual categories will prove highly valuable to researchers writing more involved papers.  In addition, there is an annotated website directory and a mediagraphy, as well as a list of organizations and support groups.  Added assistance is provided by a glossary stretching 22 pages that gives readers numerous definitions.

Salem Health: Psychology & Behavioral Health is a well-designed and accessible resource that should find a home in academic and some larger high school libraries supporting psychology curriculums.  Larger public libraries where there is patron interest would also do well to consider it.  As is the norm for Salem Press, online access to a title is a fringe benefit of a print purchase.  Buying a print version of a reference work entitles patrons to unlimited user access in the library, as well as full access from home or dorm room.  The complete content, including appendixes and illustrations is included.

ABC-CLIO has recently released a couple of titles;

SAGE has a few new and upcoming titles:

Salem Press also has a couple of new titles in the offing:

In addition, Macmillan Reference has recently published a new title: