According to The Guardian “a novel written in a single sentence has won the 2016 Goldsmiths prize, becoming the third Irish winner in the four-year history of an award set up to reward fiction that “breaks the mould or opens up new possibilities for the novel form”. 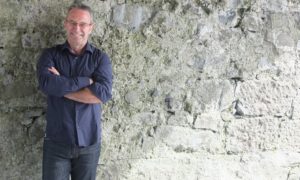 Mike McCormack’s Solar Bones is set on All Souls Day in November 2008 and takes place inside the mind of Marcus Conway, a middle-aged engineer from County Mayo in the west of Ireland…

Solar Bones is published by the small Irish independent Tramp Press, and is the third novel by a writer who has also produced two collections of short stories. Previously published by Jonathan Cape, McCormack has been “shamefully neglected”, according to Irish Times columnist John Waters…”