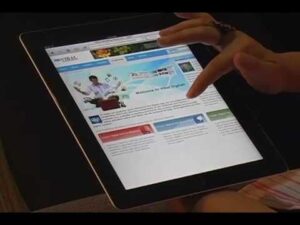 The Duke University profile, written by ARL visiting program officer Catherine Davidson, presents a brief history of the evolution of digital scholarship support at the university, highlighting The Edge: The Ruppert Commons for Research, Technology, and Collaboration…”

According to Library Technology Guides “Ex Libris announced that Eastern Michigan University is adopting the Ex Libris Alma library management service to replace the university library’s Voyager integrated library system, which EMU has been using for nearly 20 years. EMU, which runs the ProQuest Summon discovery service, will be the first institution to integrate Summon and Alma…”

GalleyCat reports that “the National Book Award winners for 2016 were revealed tonight.

Citing the Official Google Blog, infoDOCKET reports that Google is “introducing Google Earth VR as our next step to help the world see the world. With Earth VR, you can fly over a city, stand at the top of the highest peaks, and even soar into space.

infoDOCKET also reports that “the American Library Association (ALA) released three briefs highlighting how libraries can advance specific policy priorities of the incoming Trump administration in the areas of entrepreneurship, services to veterans and broadband adoption and use…”

According to PR Web “American Doctoral Dissertations™, a free database made available by EBSCO Information Services (EBSCO), OhioLINK, H.W. Wilson Foundation and the Congregational Library & Archives in Boston, now offers greater coverage of 20th century research and access to full text. The enhanced American Doctoral Dissertations, accessible at http://www.OpenDissertations.com includes more than 172,000 theses and dissertations in total, including 80,000 new citations for theses and dissertations from 1902 to the present and a link to full text, when available, is included…”

The UCI Libraries have released an innovative online discovery tool for its Artists’ Books Collection which allows searchers to visualize connections between works in ways not possible with a traditional library catalog. The National Endowment of the Humanities (NEH) funded project, Piloting Linked Open Data for Artists’ Books, allowed the Libraries’ to create procedures for enhancing description and access to 41 digitized items from the collection housed in the Libraries’ Special Collections and Archives…”