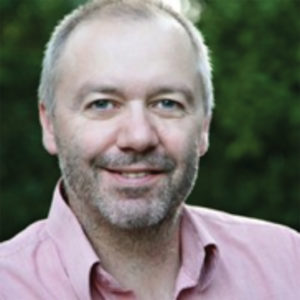 Born & lived:  In the United Kingdom, the Netherlands, and the USA.

Early life:  After winning a prize for poetry in secondary school (my highest literary accomplishment), I went on to do a degree in Physics with Astrophysics at Manchester University and managed to complete a Ph.d. in Underwater Holography (which is actually a lot less interesting than it sounds) in Aberdeen.

PROFESSIONAL CAREER AND ACTIVITIES:  Career publisher who has worked on academic books, conference proceedings, reference works, and online journals in both subscription and open access publishers.  Previous publishing companies include the Institute of Physics, Kluwer Academic Publishers, Springer, SAGE Publication, PLOS and now PeerJ.  Board Member of OASPA (the Open Access Scholarly Publishers Association) and on the International Advisory Board of the ISMTE (International Society of Managing and Technical Editors).

FAMILY:  My wife and two young kids are kind enough to put up with me in their house.

IN MY SPARE TIME:  I have no spare time.

FAVORITE BOOKS:  The Dune Series (all except the 2nd and 3rd installments).  The first half of the Amber Series.  EE Doc Smith’s the Skylark Series (seriously — try it — it has coruscating beams of pure intensity!)

PET PEEVES:  Never being able to find the right charging cable for any given gadget.  And when you do, the cable isn’t long enough…

MOST MEMORABLE CAREER ACHIEVEMENT:  Co-founding PeerJ!  PeerJ launched from nothing just two years ago, but is now regarded as an innovative, well respected, international publishing operation which has the potential to significantly change the publishing industry.

GOAL I HOPE TO ACHIEVE FIVE YEARS FROM NOW:  To have contributed to a significant change in the publishing industry!

HOW/WHERE DO I SEE THE INDUSTRY IN FIVE YEARS:  Within the next five years (possibly in as little as three years) the majority of articles in any given year will be published in a “born open access” mode, being paid for via some sort of APC fee.  Because of that shift, authors will start to regard themselves as customers, and begin to demand “value for money” from the publishing services they are now paying for.  This will place a competitive pressure on the industry to provide better service at lower cost to the customer, and so there will be a period of experimentation and re-alignment within the industry to accommodate this change.

Already, PLOS ONE publishes approximately 3% of the STM literature, and every major publisher is launching their own PLOS ONE clone.  There is a very real chance that the “PLOS ONE megajournal” model will therefore start to eat into the market share of the current ecosystem of 25,000 niche journals.  As a result, it is conceivable that a large number of lower-tier journals will go out of business and a small number of megajournals will begin to publish an increasing majority of content.  When this happens, the concept of the journal as a container for academic articles may well come under threat.