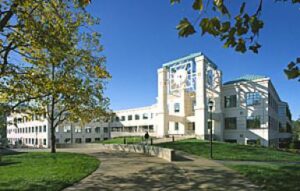 The most beautiful library in each US state;   *New Library Privacy Guidelines offer strategies for protecting patron data in the digital environment;  *Publishers Lose Another Round in GSU Copyright Case;  *Pennsylvania Center for the Book receives Library of Congress renewal;   *ACRL issues statement for communicating library value to academic leaders;  *Open Textbook Publisher OpenStax Ranks the Colleges Saving the Most With Free Textbooks;  *In the UK, BBC Radio and Libraries Partnering to Create “One of the Biggest Book Club in Country”;   *Office of Management and Budget Publishes Update to Information Management Policy;  and  *IPG to deliver online courses for members plus more library and publishing news from a variety of sources.

This post from Tech Insider offers a photographic tour of the “most beautiful libraries” in each of the 50 states. The folks at Tech Insider “looked at past and current award-winners as judged by the American Institute of Architects and the American Library Association awards, and relied on our own judgment for states who have never won.”

According to ALA News “the American Library Association’s Intellectual Freedom Committee has approved four new library privacy guidelines that outline strategies and best practices for protecting patron privacy in the digital environment. The guidelines address online privacy and data security and are intended to assist librarians, libraries, schools and vendors in developing policies and procedures that safeguard library users’ data…

Publishers Weekly reports that “in a brief, nine-page final order, the judge in the long-running Georgia State University e-reserves case has rejected the publisher plaintiffs’ bid for injunctive relief, and affirmed that the publishers must pay GSU’s legal fees and costs.

In the order, dated July 27, Judge Orinda Evans also denied the publishers’ motion to refresh the record in the case by gathering new evidence from the most recent academic term.

Penn State News reports that “the Library of Congress recently renewed its agreement with the Pennsylvania Center for the Book for a sixth three-year term, extending the partnership through 2018. Since 2000, the Pennsylvania Center for the Book has been sponsored by Penn State’s University Libraries and Barbara I. Dewey, dean of University Libraries and Scholarly Communications. The center’s mission is to study, honor, celebrate, and promote books, reading, libraries and literacy to the citizens and residents of the Commonwealth of Pennsylvania.

According to infoDOCKET “Rice University-based publisher OpenStax announced Aug. 1 the top 10 schools that have saved their students the most money through adoption of OpenStax free college textbooks in the 2015-16 academic school year…”

infoDOCKET also notes that “altogether just under 40 BBC local radio stations in England including two on the Channel Islands are teaming up with libraries in their areas to launch a new Book of the Month slot, to encourage both reading and boost visits to libraries…”

According to Information Today “the White House Office of Management and Budget (OMB) released an update to Circular A-130, which governs the management of federal information resources. Last updated in 2000, the circular now addresses the new ways the government deal with issues such as cybersecurity, information governance, open data, and privacy…”

The Bookseller reports that “the Independent Publishers Guild (IPG) is partnering with Thought Industries, a cloud-based online learning platform, to deliver online courses and professional skill development opportunities to its membership. 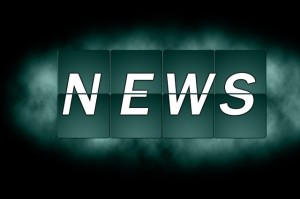