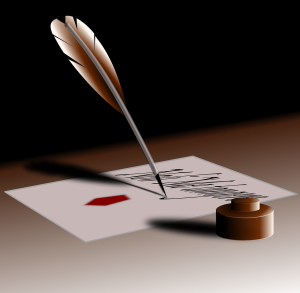 According to KnowledgeSpeak “Copyright Agency has launched a new pay-per-use licensing solution, RightsPortal Journals, for world class scientific, technical and medical (STM) journal content. Developed in partnership with STM publishers Elsevier, Wiley, and Wolters Kluwer, RightsPortal Journals is an extension to RightsPortal, an online platform for efficiently purchasing, clearing and licensing the rights to reuse content from over 20 million STM journal articles from leading publishers…”

According to District Dispatch “After nearly a decade of advocacy work by ALA, other activists and government officials, with the President’s signature last night we and the nation finally have a long-needed update to FOIA just in time to celebrate FOIA’s 50th birthday on July 4th. Now we can all celebrate our nation’s independence with the knowledge that our country will have an even more transparent and open government!…”

According to ARL News “Countries of LibQUAL+ARL invites libraries to join the global assessment community of LibQUAL+® by registering for the 2017 LibQUAL+ survey.

LibQUAL+ is a tool that libraries use to solicit, track, understand, and act upon users’ opinions of service quality. The protocol is a rigorously tested web survey that helps libraries assess and improve library services, change organizational culture, and market the library…”

Digital Shift notes that “the John S. and James L. Knight Foundation (KF) announced its second News Challenge on Libraries at the American Library Association (ALA) Midwinter Conference in January, asking for entries that would address the question, “How might libraries serve 21st century information needs?” Six months later, in time for the ALA Annual Conference in Orlando, the Foundation made public its selection of projects to be funded…”

Citing the ORCID Blog, infoDOCKET notes that the folks at ORCID “very much want your input into these guidelines (for display of ORCID iDs in journal articles). Please send your use cases, suggestions, and questions and issues related to the display of ORCID iDs in articles (print and hypertext) to community@orcid.org by July 31, 2016. If anyone is interested in joining the working group, please also let us know by then.

“The Association of Learned & Professional Society Publishers is delighted to announce the shortlist for the ALPSP Awards for Innovation in Publishing 2016. The finalists will showcase their products at the ALPSP Conference on Wednesday 14 September. The winners will then be announced at the Conference Awards Dinner on Thursday 15 September…”