ATG Quirkies: Cheer for Your Side as the Supreme Court Decides on Copyright Protection for Pictures and Graphic Designs

ATG Quirkies: Cheer for Your Side as the Supreme Court Decides on Copyright Protection for Pictures and Graphic Designs

It looks like the Supreme Court maybe weighing in on a case that oddly enough may have an effect on just how far the rest of us can go in using copyrighted images.

According to Bloomberg, the justices have agreed “to use a clash between rival makers of cheerleading outfits to clarify the scope of federal copyright protection for pictures and graphic designs. 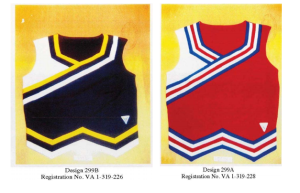 The justices on Monday said they will hear an appeal from Star Athletica LLC, which is seeking to fend off a lawsuit by Varsity Brands LLC, the world’s largest cheerleading-apparel company. Varsity says Star copied five proprietary designs.