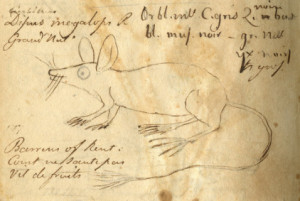 According to a post on the website Atlas Obscura, the great American ornithologist, naturalist, and painter, John James Audubon was not above having some fun at the expense of the competition.  It seems that he made up at least 28 fake species to prank a rival and the full extent of the scam is only now coming to light.

The victim was the French naturalist Constantine Rafinesque who was always looking for new species to name.  “Audubon fed Rafinesque descriptions of American creatures, including 11 species of fish that never really existed “as well as sketches of an additional “3 fake snails, 2 fake birds, 1 fake mollosc, 2 fake plants, and 9 fake.”

The full story is outlined in a new paper in the Archives of Natural History by Neal Woodman, a curator at Smithsonian’s natural history museum.