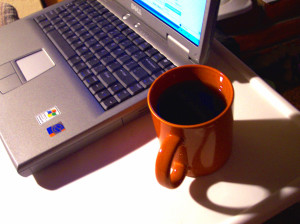 According to this post in infoDOCKET’s News Roundup  “University and college instructors will soon have the option to create a customized, open educational resources (OER) textbook and offer low-cost printed copies of the book to their students through their campus bookstore, thanks to a new partnership between Rice University-based publisher OpenStax and wholesale textbook distributor NACSCORP, a subsidiary of the National Association of College Stores.

The DBW website reports that “the Oberlin Group, a consortium of university libraries across the United States, has started a new project called Lever Press, which allows academic authors to publish on an open access digital platform. Production costs will be taken care of by supporting academic institutions, and readers will access content for free…”

infoDOCKET reports that “the Verizon 2015 Data Breach Investigations Report was released this week by Verizon. Loads of data available in the main report as well as “scenarios”, summaries, etc…”

The American Library Association (ALA) today announces the opening of the application process for the prestigious 2016 Google Policy Fellowship program. The ALA Office for Information Technology Policy (OITP) began its participation in this program at the program’s founding in 2008.

According to TeleRead “Google has received two new U.S. patents for ebook designs that actually put the “e” in a different place. Both involve digital media interacting with actual physical books. One, for a “storytelling device,” describes a unit with “electronic output components, such as light sources, speakers, a video projector, or a display,” linked to an interactive book and designed to “provide story enhancement effects that are correlated to the interactive book.” The other, for a “media enhanced pop-up book,” outlines a mobile device-linked solution including “a pop-up system configured to cause the pop-up pages to pop-up in front of a display of a computing device as the physical pages are turned.

District Dispatch reports that “after months of behind-the-scenes stage-setting, the bipartisan “Equal Access to Congressional Research Service Reports Act of 2016” was introduced in the House and Senate. The two identical bills (numbers pending) direct the US Government Publishing Office to release CRS reports online, allowing crsthe public virtually the same free access to these high-quality reports on an enormous range of subjects that Members of ­Congress and their staffs have enjoyed for decades…”

Clifford Lynch at CNI notes that “a report has recently been issued on the results of a survey by the European University Information Systems Organization and euroCRIS on information systems (particularly Current Research Information Systems, or CRISs, and Institutional Repositories) supporting research.”