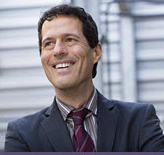 infoDocket reports that “following an extensive international search, the University of California is pleased to announce the appointment of Günter Waibel as the new Associate Vice Provost and Executive Director of the California Digital Library (CDL).

Waibel’s appointment will take effect in early May, 2016.

Waibel comes to the CDL with extensive experience in the digital library and broader cultural heritage communities and is well-known for his work in promoting cross-domain collaboration. In his current position as the Director of the Digitization Program Office at the Smithsonian Institution, Waibel oversees the strategic plan for creating a digital Smithsonian out of the institution’s 19 museums and 9 research centers.

Prior to coming to the Smithsonian, Waibel promoted network-based solutions on behalf of an international collaborative of 140 research libraries as Program Officer for the Research Libraries Group and the OCLC Research Library Partnership…”

Barbara Merolli, science librarian at the College of the Holy Cross, has been named the 2016 recipient of the Association of College and Research Libraries (ACRL) College Libraries Section (CLS) Innovation in College Librarianship Award for her work on the “Drawing on Walls” program.

This annual award honors ALA members who have demonstrated a capacity for innovation in their work with undergraduates, instructors, and/or the library community…”

John C. DeSantis, Karen E. Downing, and Andrew K. Pace have been elected to serve on the American Library Association (ALA) Executive Board. The new board members were elected by the ALA Council in a vote taken at the 2016 ALA Midwinter Meeting held January 8-12 in Boston. Downing and Pace will each serve three-year terms beginning in July 2016 and concluding in June 2019. DeSantis was elected to complete the unexpired term of Gail Schlachter who passed away in April, 2015. His term begins immediately and will conclude in June 2017…”

Burley was previously with John Wiley & Sons, where she was Vice President and Director of Open Access and Business Development. There, she led the strategic planning and development of Wiley’s open access initiatives and was instrumental in identifying and implementing strategic partnerships. Prior to that, Burley was Vice President and Publisher of Life Sciences at Wiley, and spent seven years at Nature Publishing Group…”

Innovative announced today that Mr. James Tallman will join the executive ranks of Innovative Interfaces as Chief Executive Officer. In this role, Tallman will be focused on the company’s commitment to library success and increasing velocity in product leadership and operational excellence.

Tallman comes to Innovative with extensive experience as CEO for top software and technology companies, most recently from Wolters Kluwer, a leading global information services company. During his tenure at Wolters Kluwer Enterprise Legal Management Solutions, the company experienced unprecedented market growth, delivering world-class customer support and impressive product innovation built on a collaborative framework. Having lived and worked in North America, Latin America, EMEA, and Asia Pacific, Tallman also brings expertise in management of global operations, serving a worldwide customer base. Tallman is a graduate of the Georgia Institute of Technology, and is bilingual in English and Spanish…”

Mr. Forsythe has seventeen years of library experience and has been working with Backstage clients for more than nine years as senior on-site services project manager. He holds a Master of Library Science degree from the University of North Carolina at Chapel Hill…”