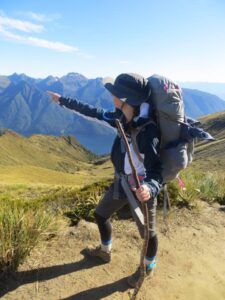 I know I’m a lot late, but Happy New Year!  I admit that my absence was due to a jolly holiday spent hiking and driving around New Zealand’s South Island.  It was the trip of a lifetime, and though I didn’t seek out any specific sites from the Lord of the Rings movies, pretty much the entire country looked like Middle Earth.

Remember my Hot Topics post from December 4th?  I mentioned the increasing grumbling over Academia.edu’s business model?  Well, they’re at it again.  In a spectacular move that looks like it was perpetrated only to stir up a Twitterstorm, one of their reps (Product Director, to be exact), emailed a contributor asking if he would be willing to pay a fee for his papers to be “recommended”.  For shame!  If you read the Twitter conversation (which I did…for way too many hours…), you’ll see that the rep for academia.edu does a good job of backpedaling and explaining that this was just a question and not a mandate, but the proposal itself is troubling.  “Hey, wanna throw us some money so we promote your article and you get more viewers (not necessarily based on merit)?”  I may be oversimplifying the issue, but check out the incredulous and vitriolic responses and see what you think.

Speaking of for-profit entities existing in a non-profit world, check out the latest piece from The Atlantic on the ongoing Elsevier discussions.  Noam Chomsky’s involved now, so watch out.  Before you read the whole thing, I must mention that my eyes nearly melted out of my skull when I read, for some journals, that they’re charging a $2,150 article-processing charge (APC) in order for academics to make their articles available to the public.  Did I (and you, just now) read that correctly?  It costs more to publish a freely-available paper than to take a round-trip flight to New Zealand during the holiday travel blitz?!  So, Elsevier, you’re telling me that publishing a single article in one of our journals requires that much dough?  Are you using liquid gold in your printing presses?  I apologize; I didn’t realize how fired up I was about this until now.  The good news is that a growing body of academics and subscribers are working to raise awareness of this questionable practice, and the hope is to at least reduce these APCs to a more reasonable figure.  I think we all understand that sustaining an academic publication with a limited audience requires funding, but when you’re looking at a 35% profit margin per year, I have to wonder why you’re nickel and diming the very people who create the product you sell.