Greetings and salutations, True Believers.  For November, we’re checking back in with updates on some topics from previous installments of Decoder Ring to see what’s new.

In April, Decoder Ring profiled British creator John Allison and his multiple series set in the fictional Northern town of Tackleford: Bobbins, Scary Go Round, and Bad Machinery.  The writer and illustrator handed off the art duties to illustrator Lissa Treiman and colorist Whitney Cogar for another Tackleford spin-off, Giant Days, which unlike its predecessors was not born digital on scarygoround.com,1 but in print from BOOM! Studios.2  Giant Days details the relationships of Scary Go Round secondary characters Esther, Susan, and Daisy as they go off to university.  Other Tackleford off-shoots, the Charlotte Grotte-centered Murder She Writes and Shelley Winters mystery THAT, are available in print from TopatoCo.3 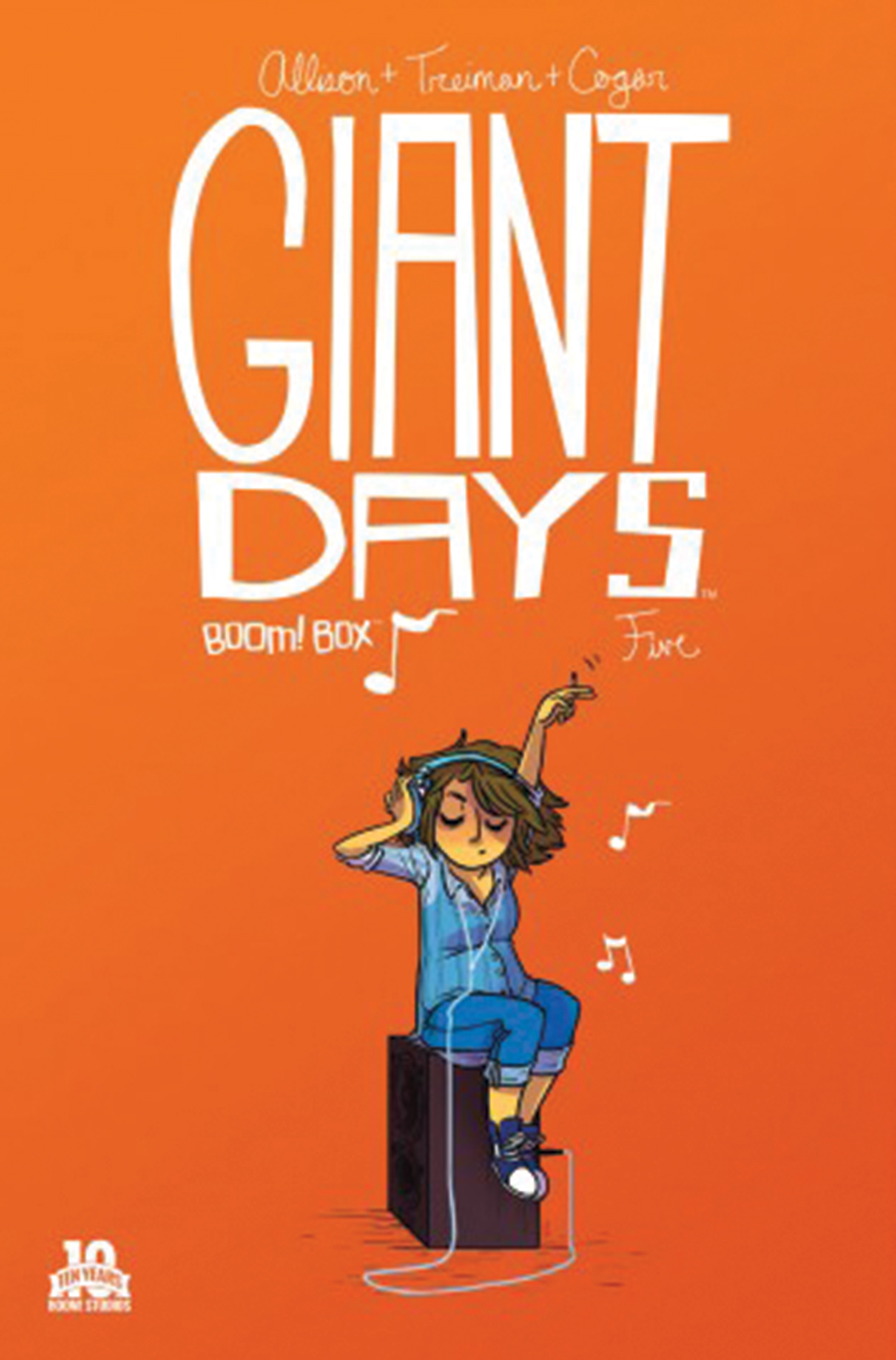 Allison continues to be so prolific that his output is hard to follow at times.  Despite wrapping Bad Machinery earlier this year, he ended up giving in to fans’ desires with another new story starring the younger generation of Tackleford detectives.  “The Case of the Missing Piece” began at scarygoround.com in July.5  Giant Days is also being collected into trades by BOOM! Studios as the singles accrue, with a collection of issues 1-4 due in late November and 5-8 in April 2016.  A third volume should appear later next year.6

Cartozia Tales Is Still for Readers of All Ages

All-ages fantasy comic Cartozia Tales recently made a big push to secure more funding to keep the project alive.  After a successful Kickstarter campaign raised $44,151 to fund its first 10 issues in August of 2013, the anthology series has continued with output from a variety of rising creators led by Isaac Cates.7  Issue 7 is just out, with a beautiful cover and nine new stories, including those from guest contributors Meredith Gran, creator of Octopus Pie, and Ben Towle, creator of the Eisner-nominated Oyster War.8

With the bills for Issue 8 coming due, however, Cartozia is finding that the Kickstarter was not enough to fund the ambitious collaborative venture.  Readers will remember that Cartozia Tales is written and illustrated by ten “core collaborators” that work in seven teams, trading characters and locations on the Cartozia map for each issue, plus two guest creators from outside the group per issue.  Paying those artists and writers plus the costs of printing, Web hosting, and distribution is no doubt a big challenge.  Anyone who’s tried to forecast a series of large print runs over time can attest to the cost of printing, which I suspect is the biggest variable here.  Cates took to social media to get to get the word out and entice new readers with a big sale.  Digital versions, in PDF, of the first issue were offered free and the next two for a combined $2.50.  They also offered discounts on both digital and print subscriptions.  “Imagine this as a sort of kickstarter, if that helps get you going:   we have until the end of the summer to raise six or seven thousand dollars.  That’s about a hundred new subscribers.”9

New subscribers are what the crew will need to keep this gem of a project going.  I was a backer of the original project, and I bought a new digital subscription immediately.  Cates offers that this is a perfect world for young readers who thrive when they can connect to fantasy characters and environments.  Librarian @MalithInStacks responded to Cates’ news on Twitter with a call to action and link to the sales announcement on Cartozia’s Tumblr:  “Oh, #SaturdayLibrarian peeps, I know you like to read.  Why not try this super-fun comic I’m a librarian in (&pls RT?).”10

Core Cartozian Lucy Bellwood also recently ran a successful Kickstarter campaign of her own to launch the indie Baggiewrinkles: A Lubber’s Guide to Life at Sea.  Bellwood describes the series as “A fetching, 100-page, full-color collection of the educational-autobiographical-nautical comic you never knew you needed.”11  Bellwood’s project surpassed its funding goal by a wide enough margin to add several stretch goals, including a small hardcover run, temporary tattoos included with each printed book, and a bonus pin-up art section featuring contributions from Towle, Chris Schweizer, Isabella Rotman, and many more.  She even reached the goal of getting a custom sea shanty theme song for the book from Portland nerd rockers PDX Broadsides.12

The Comics Grid Special Issue on Jazz and Comics

Open Access journal of comics scholarship The Comics Grid continues to offer academic insight into the world of comics and sequential art.  In addition to regular posts on topics the peer-reviewed journal encourages submissions on for each year, they have announced an upcoming special issue on Jazz and comics. The call notes:

“Over the last forty years, the fields of jazz studies and comic studies have gained currency within the academy and have been enriched by interdisciplinary approaches.  The New Jazz Studies has invigorated the discipline beyond its musicological roots, while Comics Studies has thrived in the digital age.  This collection aims to find meeting points between the disciplines. We are encouraged by the fact that distinguished jazz musicians such as Wayne Shorter, Sonny Rollins, Herbie Hancock, and Vince Guaraldi have each stated the influence of comic books on their musical development, while artists and writers have frequently turned to jazz for inspiration (e.g., strips about music appreciation by Harvey Pekar or Blutch).  Jazz musicians have been the subjects of comic strips (e.g., Charlie Parker: Handyman, the BD Jazz series) and jazz musicians have created comic strips (Wally Fawkes/Trog).”13

Among the topics suggested under this wide umbrella is “Comics and jazz collections in libraries and archives, and what comics and jazz librarianship and curatorial practice might learn from each other.”14  Entries should include specific in-text references to comics panels or pages.  The deadline for submissions to the jazz issue is January 15, 2016, with acceptance notices by mid-April and an aim for final publication in June.  What an opportunity for interdisciplinary scholarship that ties back to the library!  I’d get on that.

How unexpectedly musical these updates have been!

Until next time, break a leg.