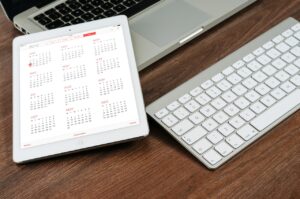 The NY Times reports that “a United States appeals court ruled on Friday that Google’s effort to build a digital library of millions of books was “fair use” and did not infringe on the copyrights of authors…  The ruling affirmed a decision that was reached two years ago in a lower court. In that case, the court rejected the claims by the Authors Guild, a writers’ organization, that Google’s book scanning project is a commercial venture that violates authors’ copyrights and drives down sales by making portions of their work available online free…”

Many book publishers, researchers and retailers have wondered whether the introduction of e-books would impact book reading overall or lead to a decline in the number of books read in print. This year’s data show a slight decline in the number of American adults who read print books: 63% of American adults say they read at least one book in print in the past year, compared with 69% who said the same the year before and 71% in 2011…”

Read the Complete Analysis by Lee Rainie and Andrew Perrin

“The American Library Association today announced the six books shortlisted for the Andrew Carnegie Medals for Excellence in Fiction and Nonfiction, awarded for the previous year’s best fiction and nonfiction books written for adult readers and published in the United States. The two medal winners will be announced by selection committee chair Nancy Pearl at the RUSA’s Book and Media Awards event at ALA Midwinter Meeting & Exhibits in Boston on Sunday, January 10…”

The OAS Evaluation Tool generates an “Openness” score that is straightforward, easy to understand, and free. The program provides critical information to authors, libraries, research funders, government agencies, and other interested parties. It can be used to help determine compliance with funder policies, institutional mandates, and researchers’ individual values. It also offers a unique opportunity for publishers to independently validate their journals’ degree of openness and compliance with funder and campus policies…”

the ‘European Implementation Assessment’ that “aims to provide briefing for the Committee on Legal Affairs (JURI) ahead of the publication of the Commission’s legislative proposals concerning the modernisation of the EU copyright framework, which are expected towards the end of 2015. Its objective is to help JURI Members achieve a better understanding of the actual gaps and weaknesses in the existing EU framework…”

In addition, infoDOCKET reports that “Europeana has launched its first Multi-Touch book and iTunes U course for use in classrooms, an important step forward in its goal to bring history to life for learners through the use of digital cultural collections in education.

The book and accompanying course, World War I: A battle of perspectives, were developed jointly with EUROCLIO and Gwen Vergouwen, an Apple Distinguished Educator (ADE) and Belgian history teacher as part of Apple’s ADEs in Residence programme, which pairs selected teachers with some of the world’s leading cultural organizations…”

According to GalleyCat “Amazon.com has filed a lawsuit against individuals who are paid to write fake Amazon reviews of products, in order to help vendors increase product sales.

The company filed the lawsuit in Seattle against more than 1,000 people who solicit work writing these reviews on the online marketplace Fiverr.com…”

KnowledgeSpeak reports that “digital preservation specialist Portico has announced that 5 new publishers will preserve their e-journals with the Portico E-Journal Preservation Service. These include: Edorium Journals, Institute of Education (IOE) Press, the Science and Information (SAI) Organization, Science Publishing Corporation, and University of Florida. These publishers ensure that their journals will be secure and available for future researchers and students.