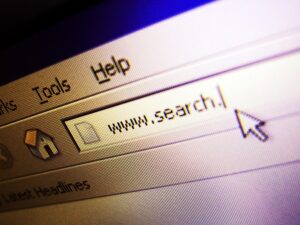 According to KnowledgeSpeak, “the National Information Standards Organization (NISO) has launched a new Primer Series on information management technology issues with the publication of the first primer on the topic of Research Data Management. Two more primers on the topics of Understanding Metadata and Linked Data for Cultural Institutions, respectively, will be released in the coming months, with additional Primers to be published periodically…”

KnowledgeSpeak also reports that “a four-year study published in Science Magazine on August 27, 2015, found that fewer than half of 100 published findings of three prominent psychology journals were reproducible. The 270 researchers who collaborated on the Reproducibility Project: Psychology coordinated by the Center for Open Science (COS) – one of ARL’s three partners in SHARE – were able to replicate the findings of only 39 of the 100 original studies. Reproducibility is necessary for scientific evidence to be credible…”

In addition KnowledgeSpeak notes that “The National Library of Medicine (NLM) has released a new web page – Nursing Resources for Standards and Interoperability. The web page is a resource for nurses, students, informaticians and anyone interested in nursing terminologies for systems development. It describes the role of SNOMED CT and Laboratory Observation Identifiers Names and Codes (LOINC) in implementing Meaningful Use in the United States, specifically for the nursing and care domain…”

According to InfoDOCKET “the new Wikimedia Public Policy site will feature material on topics that are of interest to the library community including: Access; Copyright; Censorship; Intermediary Liability; and Privacy…”

InfoDOCKET also reports that “the Andrew W. Mellon Foundation recently awarded the University of Pennsylvania a $2 million grant to support University initiatives in the digital humanities in both Penn Arts & Sciences and Penn Libraries…”

And lastly, InfoDOCKET notes that archivists at “the ONE [National Gay and Lesbian] Archives at USC Libraries, believed to be the world’s largest collection of LGBT artifacts, including personal items from photo albums and letters to diaries,… are working with the Los Angeles Unified School District and the Los Angeles LGBT Center to develop LGBT-inclusive history lessons that will be incorporated into the curriculum in the coming months to comply with the FAIR Education Act, a state law passed in 2011…”