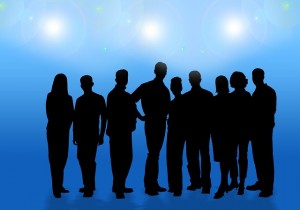 “OCLC, along with the International Federation of Library Associations and Institutions (IFLA), has named five librarians selected to participate in the Jay Jordan IFLA/OCLC Early Career Development Fellowship Program for 2016. The program supports library and information science professionals from countries with developing economies.

The 2016 IFLA/OCLC Fellows were announced today at a news conference during the World Library and Information Congress: 81st IFLA General Conference and Assembly in Cape Town, South Africa. The 2016 Fellows are:

ARL has appointed Quinn Galbraith as a visiting program officer (VPO) for 2015–2016 to research salary trends using the ARL Annual Salary Survey data. Galbraith, a social science librarian and former human resources manager for the Harold B. Lee Library at Brigham Young University (BYU), is examining minority- and gender-based salary gaps. The ARL Assessment Committee will serve in an advisory capacity on the project…

Springer Nature chief scientific officer Annette Thomas, formerly c.e.o. at Macmillan Science and Education, has resigned from her duties as a member of the HPG executive board.

Springer Nature was created earlier in the year by the merger of Springer Science+Business Media with the bulk of Macmillan Science and Education, and is led by c.e.o. Derk Haank. The new group, which has a turnover estimated at €1.5bn and 13,000 employees, is under the joint control of Holtzbrinck and funds advised by BCP, with Holtzbrinck retaining a 53% share…

Sargent, formerly Macmillan Publishing c.e.o, will now assume the role of executive vice president of the Holtzbrinck Publishing Group and take on responsibility for the higher education business as well as continuing to manage the global trade business.

Markus Schunk, managing director of Holtzbrinck Digital, will assume responsibility for the digital business units. He will report to the group c.e.o, Stefan von Holtzbrinck.

Volker Smid, head of digital and technologies at Holtzbrinck, will take on a new management role at one of Holtzbrinck’s digital companies which the company said it will announce “shortly.”  As a result, Smid will resign from the HPG supervisory board.

According to KnowledgeSpeak “HighWire Press, Inc.,… has announced the appointment of Amy Mosher as Vice President of Human Resources. As a member of the executive team, Amy will work closely with Dan Filby, HighWire’s CEO and the broader leadership team to assure that HighWire advances its business, brings in and retains top talent.

Amy comes to HighWire with more than fifteen years of global human resources experience as a strategic HR partner in high growth technology environments. Most recently Amy served as the VP of HR at Kana Software, where during her seven year tenure the organisation grew to 1000 employees and experienced great success. Amy has contributed to the success of several progressive multi-national public and private companies in the San Francisco Bay Area, in fields as diverse as biotechnology, hardware and software…”

KnowledgeSpeak also notes that Kudos…  has announced the appointment of Rebecca Shumbata as the company’s Sales Manager in North America. Rebecca was most recently at Publishing Technology, prior to which she held roles at the New England Journal of Medicine and Cell Press.

Her background in scholarly and scientific publishing, and her knowledge of the technologies that support research communication, will be a great asset as she works to build uptake in North America of Kudos services for publishers and institutions…”

Amber, originally from South Carolina with a degree in English from Clemson University, joined Bibliotheca three years ago starting as a Bid Writer. In August 2014, she transitioned to the Project Management team…  Doug, who lives in Dublin, Ohio, holds an undergraduate degree from The Ohio State University and an MBA from Washington University in St. Louis. He started his career with a company that later became LexisNexis, first as a trainer in law firm libraries, then as a sales associate for law and accounting libraries…”