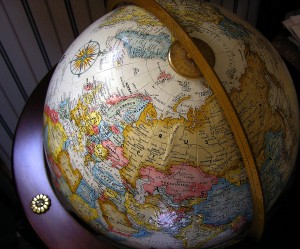 Libraries have served their universities in part through their robust access to and preservation of the scholarly record. Two libraries are now considering how to expand this responsibility to include executable content, such as software, models, and educational games. In this presentation from CNI’s spring 2015 meeting, Euan Cochrane of Yale University discribes the bwFLA Emulation as a Service software, and Keith Webster of Carnegie Mellon University talks about the Olive (Open Library of Images for Virtual Execution) project.

InfoDOCKET reports that  “Archivist of the United States David S. Ferriero has awarded 33 grants totaling $3,066,505 for historical records projects in 19 states and the District of Columbia. The National Archives grants program is carried out through the National Historical Publications and Records Commission (NHPRC).

The complete list of new grants is available online.

Also according to InfoDOCKET, “The U.S. Copyright Office today released Orphan Works and Mass Digitization: A Report of the Register of Copyrights.

The Report documents the legal and business challenges faced by good faith users who seek to use orphan works and/or engage in mass digitization projects. It provides a series of legislative recommendations that offer users a way forward out of gridlock, but also take into account the legitimate concerns and exclusive rights of authors and other copyright owners…

According to KnowledgeSpeak “Duke University, … has selected the Altmetric for Institutions platform to offer its faculty and administrators further insight into the online dissemination and engagement surrounding its research. Implementation is now in progress and expected to be completed in the next few weeks…”

KnowledgeSpeak also reports that “medical and scientific publisher Thieme has announced a collaboration with the Ludwig-Maximilians-Universität of Munich’s School of Management and Department of Economics in a groundbreaking research project. The project involves examining authors’ perceptions of Article Processing Fees (APC) and Pay What You Want (PWYW) as a business model for academic journals…”

Resource Shelf notes that “following the merger of most of Macmillan’s higher education assets with Springer Science+ Business Media, Macmillan’s trade operations have begun phasing out the use of the Palgrave name.

More corporate and publishing news from a variety of sources: