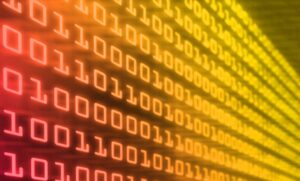 According to KnowledgeSpeak, “the Confederation of Open Access Repositories (COAR) has announced its participation in the OpenAIRE2020, to work towards international alignment of repository networks, a key priority for COAR. COAR will lead the work package, ‘International Alignment’, enabling to further support work already underway at COAR to facilitate greater interoperability of the major repository networks: La Referencia, OpenAIRE, SHARE and others…

In addition, KnowledgeSpeak notes “Research has revealed a sharp rise in the number of students using social media to stay in touch with tutors at college and university, with 40 percent of students now using social as their primary means of communication with lecturers.

Facebook is the most popular form of communication, followed by Twitter and WhatsApp, and a startling 12 percent of those students using social channels to stay in touch use Snapchat.

Jisc conducted a study into the use of technology in higher and further education to mark the launch of the Jisc Digital Festival, which is helping those delivering education in the UK to be at the forefront of technology practice…”

This piece from District Dispatch highlights ALA’s response to the FFC’s Net Neutrality decision last week and quotes ALA President Courtney Young  “Today’s FCC vote in favor of strong, enforceable net neutrality rules is a win for students, creators, researchers and learners of all ages.”

As is usually the case, the final Order language is not yet available, but statements from Chairman Tom Wheeler and fellow Commissioners, as well as an earlier fact sheet (pdf) on the draft Order, outline several key provisions…”

MarketWatch reports that “Barnes & Noble Inc. BKS, +2.85% filed papers Thursday to spin off its college-oriented retail arm, Barnes & Noble Education, as a publicly traded company — a move that underlines the tumult that campus bookstores and textbook publishers have endured in recent years…”

Citing the Directory of Open Access Books (DOAB) Newsletter, InfoDOCKET reports that DOAB has “passed … 2500 books…  … there are currently 2761 books indexed in DOAB.” In addition, they have added nearly 300 new titles from  “SciELO – The Scientific Electronic Library Online which accounts for twelve Brazilian academic publishers..”

InfoDOCKET also notes that “On the 100th anniversary of the birth of acclaimed Canadian photographer Malak (OC, MPA), Library and Archives Canada (LAC) is pleased to announce the acquisition of a significant amount of the artist’s photographic archives.

The recent acquisition includes approximately 200,000 photographic transparencies and negatives, ca. 1968–2001, as well as 13 exhibitions prints and textual records. This constitutes a significant addition to the Malak (1915–2001) fonds held by LAC.

LAC will work to make these holdings available through its website as they become digitized.

LexisNexis® Legal & Professional and the International Justice Center for Postgraduate Development (IJCPD) at Touro Law Center today announced an alliance to provide postgraduate development programs – such as law school incubator and residency programs – with the opportunity to offer essential legal research tools and services to new attorneys, supporting their participation in social justice programs and formation of their first practices…

KnowledgeSpeak also reports that “Digital Science, a division of Macmillan Science & Education, has launched its new publisher blog – Perspectives. This new blog will offer fresh insights on scholarly communication focused on the publisher arena. The new blog will focus on publishing and scientific communication that will bring together the voices of a diverse range of stakeholders including publishers, funders, academics and librarians.

Springer Science+Business Media added a dedicated package of German-language psychology titles into its ebooks collection. By the end of 2015, the package will have more than 100 individual works, which will all become part of SpringerLink…

In other news, Springer launched SCIENCE CHINA Materials, a new journal that is part of the Science China Press Co. Ltd. (SCP) series. It covers all aspects of materials science and is published monthly in print and digital formats.

Library Technology Guides reports that “Civica has announced the upcoming web-based library management, discovery, digital asset management and archives solution, Spydus10. Due for public release in April 2015, the first release of Spydus10 comprises a complete suite of web-based applications that will follow the intuitive workflows that Spydus is known for. Spydus10 will have a refreshed interface for both staff and library patrons, and increased functionality aligned to Civica’s commitment to staying relevant with the evolving needs of libraries…”

RCN Publishing announced today that it has changed its name to RCNi. The new brand reflects more accurately the organisation’s continued evolution towards developing diverse online tools and products, in addition to its printed publications. These include online journals, books, news and jobs pages, blogs, events and more. The new brand brings together all these products under one umbrella, making them more easily accessible to nursing professionals and students…”