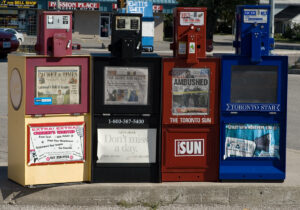 Ithaka S+R has just released this review of 12 studies on online learning published in 2013 and 2014.  The study assesses the current state of research on online teaching and learning. Analyst D. Derek Wu “found that there are still significant gaps in our understanding of the effectiveness of online and hybrid formats of teaching…”

Click here to read the report:  Online Learning in Postsecondary Education
Library Technology Guides reports that “the National Information Standards Organization (NISO) has been awarded a grant from the Andrew W. Mellon Foundation to develop a Consensus Framework to Support Patron Privacy in Digital Library and Information Systems. The grant will support a series of community discussions on how libraries, publishers, and information systems providers can build better privacy protection into their operations. The grant will also support creation of a draft framework to support patron privacy and subsequent publicity of the draft prior to its advancement for approval as a NISO Recommended Practice…”

District Dispatch reports that “librarians interested in intellectual property, public policy and copyright have until June 1, 2015, to apply for the Robert L. Oakley Memorial Scholarship. The annual $1,000 scholarship, which was developed by the American Library Association and the Library Copyright Alliance, supports research and advanced study for librarians in their early-to-mid-careers…”

According to InfoDOCKET “On 21 March 2015 the University of Oxford’s Bodleian Libraries will celebrate the completion of the Weston Library following an £80m [$95.8 Million/USD] transformation designed to create a 21st-century library where scholarship and research, conservation and digitization take place and where members of the public can explore the Bodleian’s national and international treasures. The public opening marks the completion of an ambitious three-year project to dramatically renew this iconic Giles Gilbert Scott Grade II-listed building, formerly known as the New Bodleian.

InfoDOCKET also reports that The Frances Lehman Loeb Art Center has announce “a new online searchable database of all 19,000+ objects in the collection, making the museum’s holdings available for viewing at any time.

The database, which can be found at emuseum.vassar.edu, allows users to explore the entire collection through searches by keyword, artist’s name, accession number, or a variety of other search criteria…”

And lastly, InfoDOCKET notes that “Indiana University has received two grants totaling $931,000 from the Andrew W. Mellon Foundation to support further development of the Avalon Media System and a study of new business models for scholarly publishing…

The first of these grants provides $750,000 to the IU Libraries and Northwestern University Library to support continuing development of the Avalon Media System, an open-source software product designed to help libraries and archives provide long-term online access to audio and video collections for primarily academic audiences…”

According to this press release, “EBSCO Information Services has partnered with ATLA to offer 11 thematic series of the ATLA Historical Monographs Collection.

These archival collections provide researchers with specialized content focused on religious thought and practice. Content spans from the 13th century through 1922, with the majority of documents originating in the 19th and early 20th centuries…”

According to KnowledgeSpeak “Mobile use among students was on the rise from 2013 to 2014, according to new research released by McGraw-Hill Education. The second annual report, ‘The Impact of Technology on College Student Study Habits,’ conducted by McGraw-Hill Education and Hanover Research, found that 81 percent of students use mobile devices (such as smartphones and tablets) to study, the second most popular device category behind laptops and up 40 percent year over year…”

KnowledgeSpeak also reports that “Scope e-Knowledge Center (Scope), a leading provider of knowledge services and a Quatrro Global Services company, has announced its engagement with De Gruyter, a leading academic publisher headquartered in Berlin, to create MARC records from ONIX or Klopotek XML files. As part of this partnership, Scope created MARC records for selected backlist and frontlist titles of partners, e-editions and print editions of De Gruyter across the humanities, STM and law domains…”

In addition, KnowledgeSpeak notes that “healthcare information provider Wolters Kluwer has announced that the United States Patent and Trademark Office has awarded the company a patent (Patent Number 8,914,395) for its ‘Search In Your Own Language’ technology. The proprietary local-language search capabilities in UpToDate, the company’s evidence-based, clinical decision support resource, enable users to pose clinical questions in their native language…”