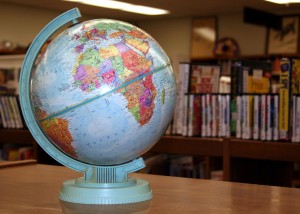 C|NET reports that “… Wikimedia filed a lawsuit on Tuesday in the US District Court for the District of Maryland against the National Security Agency (NSA) and the US Department of Justice (DOJ) for allegedly violating its constitutional rights on Wikipedia. The organization argues that an NSA program collecting information wholesale across the Internet, known as upstream surveillance, is a violation of its First Amendment right of free speech and a violation of the Fourth Amendment’s ban on unreasonable search and seizure…”

“The University of California Press (UC Press) and the California Digital Library (CDL), have received a grant of $750,000 from the Andrew W. Mellon Foundation to develop a web-based, open source content and workflow management system to support the publication of open access (OA) monographs in the humanities and social sciences. When complete, this system will be made available to the community of academic publishers, especially university presses and library publishers…”

The National Information Standards Organization (NISO) is seeking participants for a working group to revise the standard Permanence of Paper for Publications and Documents in Libraries and Archives (ANSI/NISO Z39.48-1992 (R2009)). This standard establishes criteria for coated and uncoated paper that will last several hundred years without significant deterioration under normal use and storage conditions in libraries and archives. It identifies the specific properties of such paper and specifies the tests required to demonstrate these properties…

“HARRASSOWITZ has recently signed a new agreement with John Wiley & Sons Limited. Under the agreement, HARRASSOWITZ has worldwide distribution rights for electronic editions of Major Reference Works (eMRWs) and Online Books (O-Books) made available via Wiley Online Library (with the exception of the following countries: Argentina, Brazil, Mexico, Uruguay, India, South Korea, Taiwan, and the Philippines)…”

Forbes reports that “…Amazon, a company waging a losing battle to compete head to head with Alibaba in China, has seemingly declared “if you can’t beat ‘em, join ‘em”.

Today the Seattle based “Everything Store” announced that it opened a consumer product presence on Alibaba’s flagship business-to-consumer e-commerce platform, T-Mall…”

According to DBW “HarperCollins Publishers today announced the expansion of its Spanish-language publishing efforts with the creation of HarperCollins Español and HarperCollins Iberica. Utilizing the existing framework in the Americas and Spain, the company will increase the number of Spanish-language titles it publishes, starting with the publication of Harper Lee’s forthcoming Go Set a Watchman (Ve y pon un centinela), as well as her classic To Kill a Mockingbird (Matar a un ruiseñor)…”

DBW also reports that “in the latest move for the independent education company the bookseller plans to create from its college books division later this year, Barnes & Noble invests in Flashnotes, a marketplace for students to buy and sell study materials…”

This article from Tech Crunch notes that “China’s book publishing market is worth about $20 billion and e-books are a fast-growing segment, but it’s difficult for foreign authors to gain a foothold. First they have to find a publisher and then wait for their book to be translated and edited, a process that can take up to a year. Fiberead, a Beijing-based startup, wants to make the process faster and more straightforward.

Founded by Runa Jiang in 2011, Fiberead is currently taking part in 500 Startups’ accelerator program. Jiang says she launched the company because digital book platforms are proliferating in China and there is strong interest in works by foreign authors, but the traditional publishing industry can’t keep up with reader demand…”

“March 2015 marks the tenth anniversary of the opening of Taylor & Francis Group’s Australian office, with the last decade seeing the company’s Australasian publishing program more than treble in size.

The partnerships Taylor & Francis has established with academic societies and institutions in the region has resulted in the Group becoming the largest publisher of peer-reviewed academic journals in Australasia (growing from 30 titles edited from Australia and New Zealand in 2005, to 90 titles in 2015)…