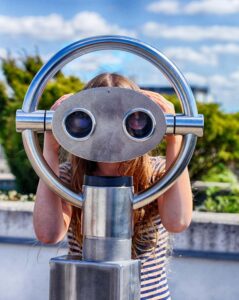 Could An Overdependence on Data Hurt The Book Industry? is a piece from the editors at BookBusiness that raises some interesting questions.  It points out that in this world of big data “some in the industry have expressed concerns that an overreliance on data in service of reducing risk could stymie the creative aspects of title acquisition and diminish the vibrancy of the industry.”  While the authors recognizes the role the collection and analysis of data can play in reducing risk, they also notes data’s “limitations, in that by its very nature it is about the past. It tells us little about subject matter that remains unexplored, or genres not yet invented.” And then they pose a follow-up question: “Could diminishing the role of creative thinking prevent publishers from breaking new ground and from having a diverse set of offerings that satisfy readers?”

The article also concedes that “the biggest challenge” remains, … proving why eTextbooks “are better than their paper     equivalent to the end user. In this respect there is still some way to go…”

Evidently, this is the case for those hoping to find a home in the journals of the UK publisher Open Access Publishing London (OAPL). It seems that OAPL “has … died, or at least gone into hibernation.” Initially OAPL was a big success publishing “roughly 1,500 articles over some 730 days” with “many of their journal editors being established scientists.” This post raises some red flags for both authors and librarians about new and untested publishers.