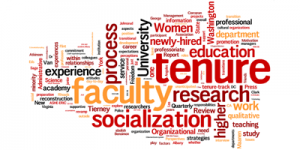 The full text of more than 25,000 titles from the… ProQuest resource Early English Books Online (EEBO) are now openly available on the websites of the University of Michigan Library and the Bodleian Libraries at the University of Oxford. The new open access titles are the result of work of the Text Creation Partnership (TCP), a longstanding effort to transcribe early modern print books, creating standardized, accurate XML/SGML encoded electronic text editions. Through funding from ProQuest, Jisc and a collective of libraries, these text files are jointly owned by more than 150 libraries worldwide, creating a significant database of foundational scholarship…”

The Daily Illini reports that Rare Book & Manuscript Library staff at the University of Illinois “are working to catalog and digitize a collection of around 20,000 books and manuscripts. Official cataloging began after receiving funding this past winter.

The collection has been housed at the University of Illinois since 1921. Although the books are centuries old, they have been preserved in a vault in the Rare Book & Manuscript Library at a controlled temperature and humidity level…”

According to InfoDOCKET, a new long-term home for the UK national newspaper collection “is officially opened, marking the culmination of a £33 million programme to move, preserve and provide access to the newspaper collection for generations to come. The National Newspaper Building, located at the British Library’s northern site at Boston Spa, West Yorkshire will house a collection “spanning more than three centuries,…and continues to grow as some 1200 titles every week are received by the Library through legal deposit…”

KnowledgeSpeak reports that Media and publishing intelligence firm Simba Information has released a new report ‘Global Medical Publishing 2015-2019,’ according to which, clinical-based publishing is projected to see some of its most rapid growth in Turkey, Chile, South Korea, Mexico, Greece and Great Britain. Simba Information’s analysis determined that the global medical publishing market was essentially flat in 2014 (-0.2 percent)…”

InfoDOCKET also reports that to keep up with rapidly changing “roles, capabilities, and expectations of libraries” …  “the American Library Association (ALA) Office for Information Technology Policy (OITP) released a discussion draft policy agenda for libraries to guide a proactive policy shift…”

A document prepared by NMSU and obtained by the Albuquerque Journal describes a litany of proposed exemptions to the Inspection of Public Records Act, including some that would make secret much of the public sector hiring process and certain law enforcement activities…”

Accessible Archives, … has announced the expansion of its American County Histories collection. The addition of the Central and Midwest regions will further the massive undertaking that began with the Mid-Atlantic states and now encompasses the New England, Southeast, Southwest and West regional collections…”

According to KnowledgeSpeak “HealthCanal.com, an online health newswire, has announced that it will continue its marketing and distribution partnership with UBM Medica US. … UBM Medica US delivers integrated and strategic communication solutions to a comprehensive audience of medical professionals and healthcare consumers through online, print, live, and custom programs…

The Academic Publishing Council at Kuwait University (KU) has issued 64 magazines and books in the 2013/2014 academic year in order to provide an intellectual environment that would contribute to shaping an academic vision about various issues.