ATG Article of the Week: Paper is back: Why ‘real’ books are on the rebound

ATG Article of the Week: Paper is back: Why ‘real’ books are on the rebound

GeekWire’s Frank Catalano joins a growing chorus with his recent post Paper is back: Why ‘real’ books are on the rebound. 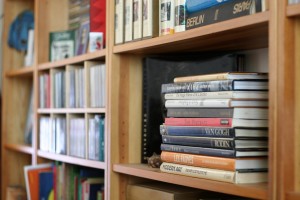 Despite forecasts of their impending doom in the wake of the eBook onslaught, it appears that print books are surviving. In fact, if sales figures are to be believed, the centuries old technology is making a comeback. And it’s not just with readers of novels and popular non-fiction. Students repeatedly show a preference for paper textbooks over their electronic counterparts. In addition, eBooks seem to have plateaued and “settled in to represent slightly more than a quarter (27%) of all U.S. book sales.” That gives print books nearly three quarters of the market. Not bad for a technology thought to be on life support.

What accounts for this unexpected development? Mr. Catalano points to a number of factors including better reading comprehension from paper than screens, non-intuitive eBook reading tools, a more firm sense of ownership of the print and the tactile enjoyment of interacting with a physical book.

Mr, Catalano thinks that as of now we’ve reached a state of co-existence. “The near-term future won’t be paper-or, but paper-and, pixel.” Of course, his argument is more elaborate and includes additional facts and figures so to get the full impact you’ll need to click on the link and check it out!