ATG Book of the Week: Cover

ATG Book of the Week: Cover 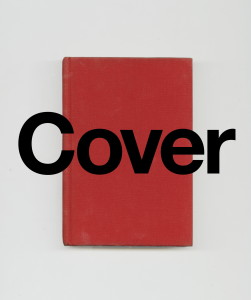 “Peter Mendelsund has enjoyed years as a much-sought-after book cover designer and art director. Among the many recognizable jackets he has created are those for The Girl with the Dragon Tattoo; collections of the works of Joyce, Kafka, Dostoevsky, de Beauvoir, and Foucault; the contemporary works of Martin Amis, Tom McCarthy, Ben Marcus, Jo Nesbø, and James Gleick; and many more. All have greatly benefited from the care and touch Mendelsund gave them.

Cover abounds with Mendelsund’s completed book jackets along with ephemera from his previously unseen creative method, including jacket sketches, interior art and editorial illustrations, and scores of rejected drafts. These images are punctuated by Mendelsund’s reflections on his work and his process, as well as by texts from writers with whom he has worked and designed for…”

“Once in a while I’m presented with covers that cross the barriers of cultural reference and visual language. That feel universal. That feel like perfect starts to stories. Covers that I don’t want to reader to forget, but to carry with them throughout my books. Those covers are Peters Mendelsund’s covers.”
—Jo Nesbø, author of The Snowman

“Upbeat and thrilling to look at, his designs are works of art, and at the same time they encapsulate the writer’s truest goal.”
—Nicholas Fox Weber, author of Le Corbusier and The Bauhaus Group

“Peter Mendelsund is a true artist.”
—Ben Marcus, author of The Flame Alphabet

“Peter Mendelsund has the ability to visually and conceptually distill a narrative in such a way that it seems effortlessly inventive, striking, smart, fresh and yet classic. And he does it again and again and again. How I hate him.”
— Chip Kidd

“He’s the exact visual correlative of what I think contemporary literature should be, but usually isn’t doing.”
—Tom McCarthy, author of Remainder