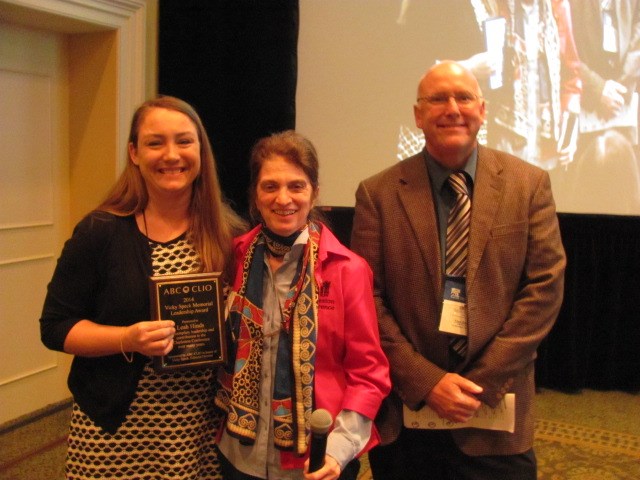 This year’s recipient is Leah Hinds, Assistant Conference Director, and is very richly deserved.  The award was presented by Vincent Burns, Vice  President, Editorial at ABC-CLIO