We were hoping to get a first-hand report from the Frankfurt Book Fair to add to our news stream.  Luckily for the NewsChannel , John Riley caught up with Anthony Watkinson soon after his return from Frankfurt to get his take on the key trends and issues being discussed. 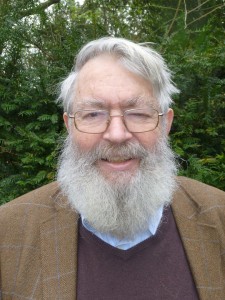 JR: Was there much talk about the Swets’ bankruptcy and its consequences?

AW: Yes there was but mainly behind closed doors. The situation changes daily but my perception of how journal publishers were reacting was that the mood was one of resignation. It seems unlikely that any money will come out of Swets except to the banks who have been holding it up (note that this is my perception). Some publishers, maybe most publishers, expect to lose the money paid by librarians to Swets but not passed on to the publishers and there was some feeling that library organisations were remarkably giving no advice and just assuming that publishers were picking up the tab. This is not after all the first time but it was said that if a publisher mentions Rowecom librarians seem to have forgotten.

JR: Any talk about Perseus taking over distribution of Princeton and University of California and other university presses?

JR: How are presses dealing with the wave of self-publishing? Are they cherry picking authors?

AW: I did not pick up any strategic thinking at Frankfurt but I bet it was going on. My understanding from other sources is that your assumption is correct and that most self-published authors are happy to sign up for the future with a major publisher

JR: The EU publishers have been taking a strong stand against Amazon. How is that faring?

AW: I do not know. My guess is as good as yours on this one

JR: Are publishers embracing Open Access or are they finding it more of a problem?

AW: There was a lot of discussion of, and presentations on, Open Access. I think you could say that all journal publishers have embraced open access BUT is it the default business model or an optional one? I guess that for most it is the latter. Nature Publishing Group made a lot of their decision to make Nature Communications entirely OA rather than hybrid

JR: Do you have any personal experiences or anecdotes to share?

AW: The Fair did seem quieter. This was also the view of the veteran publisher and conference organiser Mike Shatzkin and he has been going a lot longer than most. The Fair has a number of functions. There is the international rights business. The rights people seemed busy. There is the distribution business – talking to your agents and distributors. There were the usual agents around one of whom (he told me) started in 1968. We discovered we were born in the same place one year apart. They seemed optimistic. Then there is all the other networking. What I can say is that the STM meeting before the Fair had over 350 registrants and it has gone up since members were charged. What I am certain is that there were fewer US librarians visiting. Incidentally there were fewer Chinese publishers. I am also certain of that.

ATG News You Need to Start the Week: 10/26/20 Expanded access to JSTOR and Artstor extended through June 2021 According to Library Technology Guides "As the COVID-19 crisis continues to disrupt higher education, ITHAKA is extending the JSTOR and Artstor expanded...