ATG Article(s) of the Week: Unlimited Kindle Gets Different Reactions

ATG Article(s) of the Week: Unlimited Kindle Gets Different Reactions 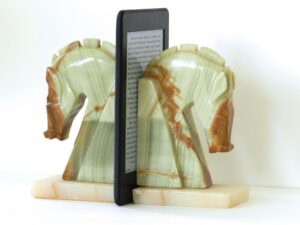 A couple of weeks ago Amazon released a new  “All-You-Can-Read” service they are calling Unlimited Kindle.  It caused a bit of a stir in library circles – and at least one snarky proposal in Forbes that we Close The Libraries And Buy Everyone An Amazon Kindle Unlimited Subscription.  Two prominent library commentators also offered different but equally understandable reactions.

In DID AMAZON JUST CHANGE THE WORLD? Unlimited Kindle Books is a Game Changer (if they can license everything)  Brian Matthews is of two minds. At first he frets over the new Amazon service and its impacts on libraries. He points out a number of reasons library proponents should be concerned noting that he “could actually see this type of service supplanting general collections in academic libraries. Of course this assumes that “this type of model makes it easier for people to search, browse, access, and use materials — and is more efficient logistically as well as financially.”  Admittedly, this is a pretty big assumption but given Amazon track record, not beyond the realm of possibility.  However, Brian’s second reaction is to be optimistic, especially about what this could mean for authors. And he welcomes the disruption Unlimited Kindle could bring. He thinks “that is something we need— particularly among scholarly publishers.”

Barbara Fister takes a decidedly more combative stance in The Limits of “Unlimited”.  After extolling the virtues of interlibrary loan service she points out what she sees as the obvious flaws in Amazon’s new venture, not the least being that “most of the books in Kindle Unlimited are self-published or published through Amazon’s imprints.” Evidently, there is a serious dearth of scholarly titles or even textbooks – at least so far.  And she questions “why would a university press add their list to Amazon’s service and undercut their sales?”  Besides she notes there are already “loads of books at Open Library, Project Gutenberg, and Librivox that are all-you-can-read and totally free.”


Regardless of whose viewpoint most mirrors your own, both are well worth reading.