Rumors from the ATG NewsChannel 5/5/14

Rumors from the ATG NewsChannel 5/5/14 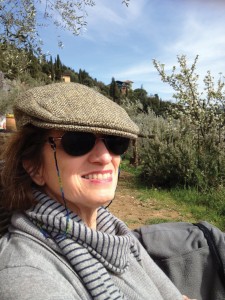 Big news! James Hilton  (Dean of Libraries, Vice Provost for Digital Educational Initiatives, Arthur F. Thurnau Professor and Professor of Information University of Michigan) has announced the appointment of the awesome go-getter Charles Watkinson as Associate University Librarian for Publishing and Director of the University of Michigan Press, effective July 1, 2014.  As we all know, Charles is currently head of scholarly publishing services at Purdue University Press. He has twenty years experience in both traditional and library-based academic publishing. As Professor Hilton says, Charles has “a compelling vision for the mission and business of Michigan Publishing.” Professor Hilton returned to U Michigan from the University of Virginia in May 2013. He has a history of helping large organizations successfully confront and embrace rapidly changing environments.  Two go-getters together, so to speak! Congratulations, all around! But — BTW,  it is our sincere hope and intention that the new Director of Purdue University Press will continue involvement with the Charleston Conference proceedings and the Charleston Insights series!

Speaking of which, watch for an article in the upcoming June print issue of ATG by the incredibly energetic, innovative, and creative John Riley about Purdue University Press and Against the Grain and the Charleston Conference! Coming soon!

And Charles Watkinson just sent us a link to a short video clip that shows the global impact of Purdue e-Pubs from one of their campus partners, the Joint Transportation research Program (JTRP). Very clever use of Rimsky-Korsakov’s “The Flight of the Bumblebee”! Cool!

Was interested to learn that News Corp has agreed to buy romance publisher Harlequin Enterprises from Torstar Corp. of Canada for $415 million in cash, expanding in a book publishing genre that is strong both digitally and internationally. The deal must be approved by Canadian regulators. Apparently romance novels are a big hit in the digital book arena.