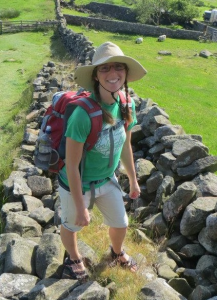 What a banner week for digital-cultural preservation! Apparently the librarians and staff at the New York Public Library (NYPL) have been busy, as two digital archiving projects were announced and made available this week:

First, in a project near and dear to my heart (and feet), the NYPL has digitized thousands of hours of video of both historic and contemporary dance performances from myriad dance companies and performers. This is thrilling news for dancers, researchers, and lovers of dance everywhere who previously had few options for viewing such extensive collections. In fact, this is the first time users can view these archival dance performances outside the physical spaces of the NYPL. The video viewing interface includes some nifty extras, such as tools for viewing and comparing performances side-by-side and the ability to edit and annotate “mashups”. While much of the archival collection is still only viewable on-site at the NYPL, content publicly available to anyone with the Internet can be searched and viewed here.

The NYPL also announced the digitization of over 20,000 maps, the result of a 15-year scanning project. These cartographic delights are now available to view and download in open access to the public through their digital collections page. This is big news for researchers everywhere, as geo-spatial context has become a hot topic of study in many disciplines. Why are we fascinated with maps? Do we still seek to make sense of our place in the world by defining physical borders, or does it spur our dwindling sense of childlike wonder? I imagine it’s a bit of both. These two digitization projects go a long way toward preserving snapshots of our past using tools of the future.

On a less encouraging front, those invested in scholarly communication were unsettled (to say the least) this week by the recent actions of Nature Publishing Group (NPG). NPG is now asking researchers and scholars at several higher-learning schools to sign waivers exempting them from their institutional open access policies. This is not unexpected, as most faculty researchers expect to comply with publisher license agreements restricting open access, but the sudden requirement of waivers opened the door to a more disturbing issue. Kevin Smith, Scholarly Communications Officer at Duke University and blogger extraordinaire, through investigation of the new waiver requirements, discovered that NPG publishing contracts also include a waiver of “moral rights”. Read Smith’s post for more details, but the frightening bottom line means that by asking authors to waive moral rights, NPG can then reuse/correct scholarly works without proper attribution. I am flummoxed by this, as I can’t imagine a situation in which this would happen, but the lesson I am taking from this is to stay informed and to read the fine print.