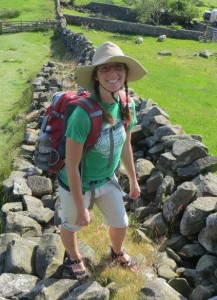 
Whether you believe our warm, fuzzy feelings this Valentine’s Day are commercially manufactured or genuine, this is a day of love.  Let us showcase some hot topics to love, or at least like.

Last week (but still hot) in the Scholarly Kitchen, Joseph Esposito gave us insight into the path of one academic journal, Cultural Anthropology, as they pursued an independent, open access (OA) publishing model.  We all love to love open access, but Esposito raises some interesting points on whether journal publishers should pursue OA for the sake of OA, and how this model may not be the right fit for all publishing endeavors.

Stanford University proudly unveiled their French Revolution Digital Archive site earlier this week, the product of a partnership with the Bibliotheque Nationale de France.  This is a successful example of library collaboration in the name of cultural preservation and increased access to primary source materials.  The scrolling timeline feature is particularly nifty.  Je l’adore!

Speaking of open access, the American Association for the Advancement of Science announced the upcoming release of a new e-journal called Science Advances, slated for first publication in early 2015.  With OA on the rise and most major publishers and organizations offering this option, should librarians be apprehensive of the potential for lateral overgrowth?  Or, as The Who articulated so well, should we be concerned that we may eventually “meet the new boss, same as the old boss”?

The SHared Access Research Ecosystem (SHARE), an ongoing project spearheaded by the ARL, AAU, and APLU, has released their Notification System Project Plan.  The document outlines their plan to encourage public access to research and data through increased ingestion, discovery, and data mining.  For those of us who find it taxing to keep up with the massive body of research and publication in our fields, this is news to love.

In honor of Charles Darwin’s birthday on the 12th, check out and fall in love with Darwin’s reading list from 1838.  As my own reading queue is comprised almost exclusively of fiction (from Anna Karenina to Nancy Drew), I am humbled and impressed.