What Provosts Want Librarians to Know

What Provosts Want Librarians to Know 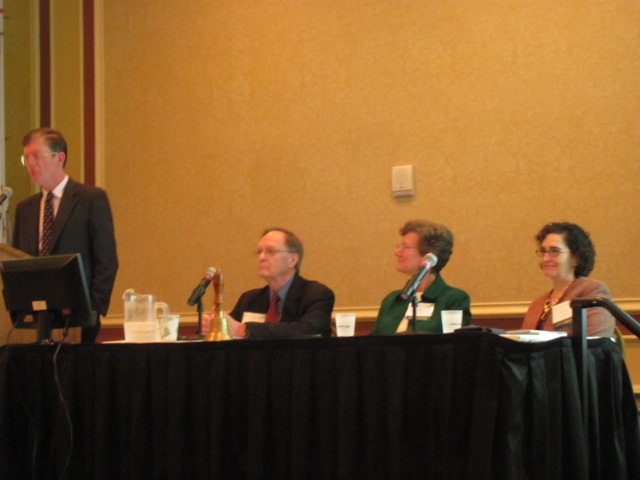 Elizabeth Paul spoke about the University Library as an institutional change agent and said that we should consider ourselves not as librarians but as leaders of higher education.  Higher education needs new paradigms.  We still find ourselves confronting a dire need for change.

Stetson University is a small university of about 3,000 students at 4 locations in Central Florida.  When Elizabeth joined Stetson, it had been struggling for some time; the budget had not been balanced and enrollment was down.  Her goal was to make Stetson a leader in the national higher education landscape.  The library was a unique change agent in that process.  Librarians are essential to universal renewal and are reflective of what society needs in higher education.

Some critical roles of library leaders are:

Librarians need versatility and refreshment to be university leaders and change agents.  Stetson now has a dean of the library, the first endowed dean position. The Provost has an obligation to support librarian’s professional development and leadership development.

Jeanine Stewart, McDaniel College Provost  has a Ph.D. in psychology, which gives her lots in common with the average librarian!  Librarians and provosts have a lot in common around a shroud of mystery of what they do.  Students often don’t know that librarians can help them with their research.  They lack a full appreciation of the role of a librarian.  Provosts have a wide variety of roles that are relatively unknown to the campus.  Stewart manages more than half of the university’s budget and develops strategic plans.  She needs strong support from the university library but does not know about the complex part of the library’s program.  Librarians need to find a way to educate their administrative leaders.

The academic library is a program serving people, not housing books.  It requires more expertise than ever to do this, so librarians are more critical than ever to the mission of the institution.  The library must now come into the classrooms and be delivered to desktops. Effective management of the provost is critical to the library’s success.  Provost sits at the narrow space of an hourglass with pressure from both above and below.

4 Ps:  People, patrons, policies, pennies.  Most institutions have an “academic dashboard” to track benchmarks of success.

John Vaughan, Executive Vice President, Association of American Universities (AAU), expanded on Provost-Librarian collaborations.  The AAU was founded in 1900s with a purpose of improving and standardizing on PhD education.  It has a significant effect on research and education. 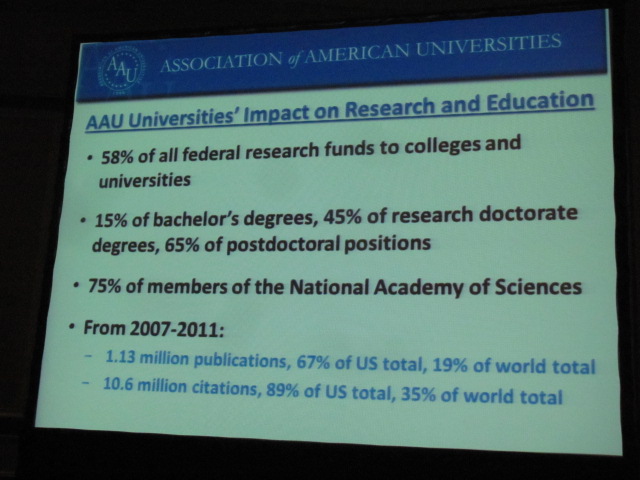 The AAU is involved in two major collaborations.  The Scholarly Publishing Roundtable 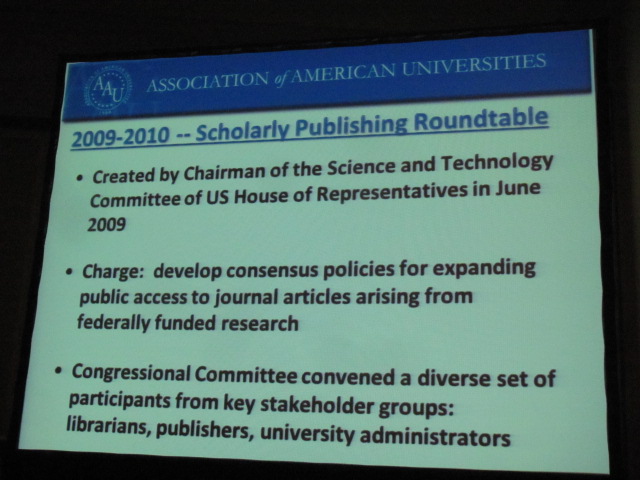 and the OSTP Public Access Directive whose mission is to build a network of digital repositories.

The Task Force on Scholarly Communication started in 2012l with 6 provosts and 6 librarians.  It is focusing on 3 areas–presses (moving from subsidizing presses rather than authors), scholarly journals (moving toward a hybrid open access model where the author pays publishing charges which reduces subscription prices), and institutional repositories. 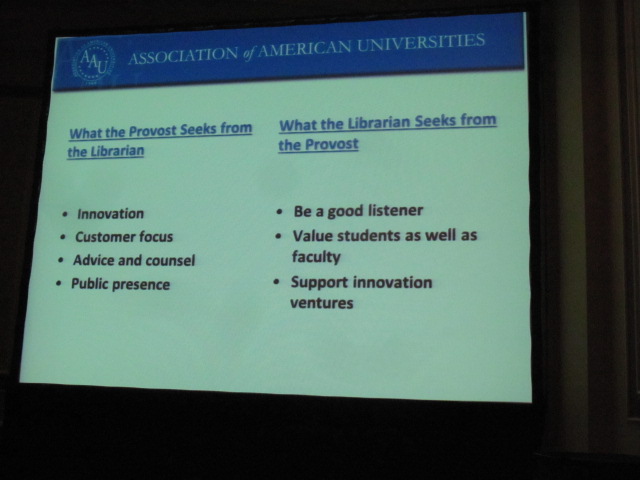 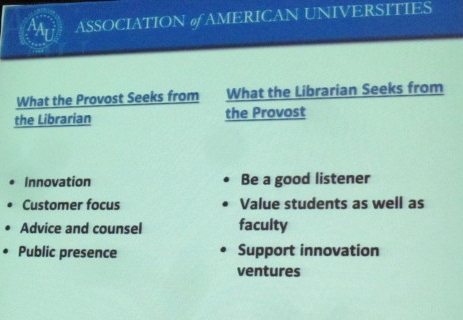 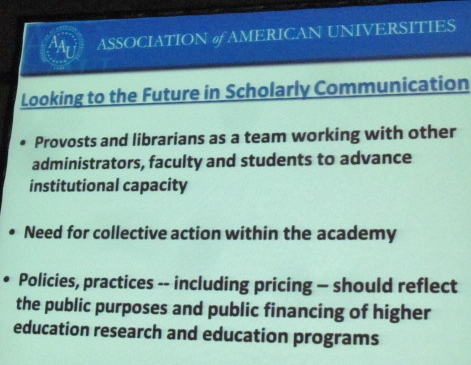 Many faculty work well in the current system because the problems are invisible to them.